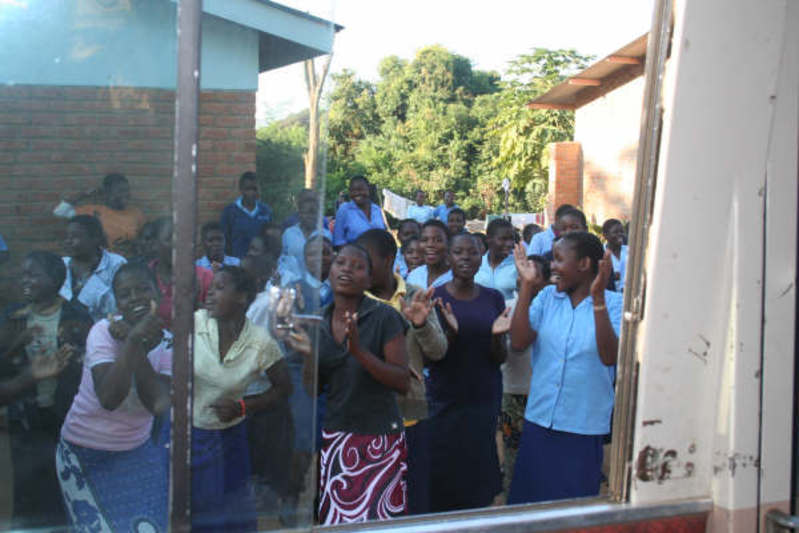 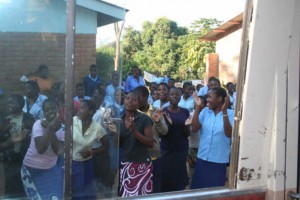 Soon after teenage girl Titha had reached her puberty she got selected to start her Form One at a boarding secondary school in Chiradzuru, less than 40 Km from Blantyre in southern Malawi. And before she picked her traveling bag the girl’s mother told her to always remember to concentrate in her studies, respect her teachers at her new school.
Malawi
“Teachers will be your parents at that school in my absence. Further, please my daughter avoid associating yourself with members of bad company, I mean disobedient students at your new school,” said Titha’s mother as she gave her daughter some money for transport and other needs.

When Titha went to her school she practiced just what her mother had instructed her and this led her to be among some of the few outstanding students in her class.

However, after getting into Form Two a year later her dream of becoming a nurse after completing her education was shuttered by her Geography teacher who was a bachelor living in a house within the secondary school’s campus.

The teacher would often at the end of his teaching session submit his books and house keys to Titha to deliver his items at his house.

In the name of respecting teachers as they were her parents as was told by her mother the girl did just that.

However one day, the unexpected happened. As usual the girl had gone to deliver the Geography teacher’s items at his house.

The man followed her and entered his house before Titha got out of the house. The teacher quickly closed the door and raped the student.

The matter affected Titha as she was traumatized. Worse still, three months later when a medical team came to the school to conduct a medical check up on the girls it was discovered that she was pregnant and infected with syphilis. She was even diagnosed HIV positive! The girl got expelled from school.

Titha’s experience is just a small grain of a huge mountain of acts of Gender Based Violence (GBV) in form of sexual harassment by some male teachers against a girl child in schools in Malawi and southern Africa.

To sample the problem of sexual harassment against girls in schools in Malawi, the Development Aid from People to People (DAPP) a Non-Governmental-Organization (NGO) first conducted a life skills training in 31 primary Schools in Chiradzulu, the most densely populated district in the country at the time of the study.

The training was also done with an aim of encouraging young people to adopt social behaviour that would enhance self esteem and enable them face life challenges positively.

It was also in this context that issues of male teacher seduction and sexual harassment of a girl child were reported by pupils themselves in community clubs.

DAPP solicited funding from the Commonwealth Education Fund (CEF) to find out issues related to this female student abuse in the schools of Chiradzulu.

DAPP commissioned the Civil Liberties Committee (CILIC), a human rights NGO to conduct a survey with the view of finding out and establishing the extent of human Rights violation by teachers in the form of harassment and sexual exploitation of the female student.

The purpose of the study was to find out the extent of form of girl child abuse and come up with community based interventions to curb the practice.

The study was a result of complaints and reports from both boys and girls that male teachers threatened, forced or enticed girls to have sexual relationships with them.

“The study revealed that the cause of this unwelcome behaviour of male teachers with female pupils is more complex and requires in depth studies and effective community and law of intervention,” said CILIC Executive Director Emmie Chanika adding that sexual harassment against the girl child is a violation of human rights and one’s dignity.

“This unbecoming behaviour by teachers is a cause of school drop outs, pregnancies among girls and possibly encourages the spread of HIV and AIDS,” she explained.

Chanika further said the practice was denying a girl child’s right to education and crippling government’s efforts to promote a girl child’s education to enable her become a productive citizen in society.

“While Government and its partners are trying to increase girls’ enrolment in schools in the country male teachers who are sexually abusing girl children in schools are doing the opposite,” she said.

The well qualified nurse turned human rights campaigner disclosed that unchecked certain cultural practices like initiation rites, early marriages and loose marriages, general poverty, parental and community altitudes towards a girl child were according to the study some of the factors that were encouraging girl child sexual harassment in schools in the country.

Chanika said there was a need for Malawi to have a law to punish teachers involved in sexual harassment of girl children in schools to root out the practice and protect the girl child.

President Bingu wa Mutharika said he is aware that some teachers are harassing girl children in schools in Malawi.

He therefore, appealed to members of the Malawi Police Service (MPS) to bring to book any teacher involved in such mal practices to face the law to deter the practice.

“All teachers must play the role of parents by protecting a girl child from any form of human rights violation including sexual harassment and male teachers in particular should not turn their female students into either girlfriends or wives,” said Mutharika.

He explained that it is not only criminal but also immoral for teachers to turn girl children into their girlfriends or wives.

The number of primary school children alone reached over 3 million learners due to the introduction of Free Primary Education (FPE).

However, due to rampant challenges affecting the education sector whose negative impact was also trickling down to the learners Malawi has been experiencing school dropouts.

According to Malawi government’s own statistics, 10.5 percent of girls drop out of school annually as compared to 8.4 percent of boys.

While the UN agency on education, science and culture, UNESCO discloses that 67 million children are out of school especially in poor developing countries worldwide and girls account for over 50 per every 100 of the children not in school on the globe.

The agency says girls are less likely than boys to enrol in school in poor developing countries on the globe yet the benefits of enrolling a girl child in school are enormous.

“While education effects intersect with other characteristics such as wealth gaps and rural urban divides, disparities in child death rates linked to maternal education often outweigh other factors. This is especially true in countries with high levels of child mortality.

The association between maternal education and nutrition is equally marked. Children born to educated mothers are also less likely to be stunted or underweight, or to suffer from micronutrient deficiencies,” says the agency.

It adds that the relationship between education and child health has far-reaching implications for strategies aimed at achieving the Millennium Development Goals (MDGs) by 2015.

“Consider the association between maternal education and child survival in sub-Saharan Africa. If the average child mortality rate for the region were to fall to the level for children born to mothers with some secondary education, there would be 1.8 million fewer deaths – a 41 percent reduction,” says the agency.

In an effort to help girls fight against sexual harassment in Malawi UNICEF initiated a community-supported project called ‘Sisters to Sisters’.

Under the project, girl children are empowered with knowledge on sexual and reproductive health, including HIV and AIDS.

The project’s goal is enabling young girls in schools to make informed choices to protect themselves from HIV, Sexually Transmitted Diseases (STDs) or unwanted pregnancy.

The ‘Sisters to Sisters’ Project is currently being piloted in several schools throughout Malawi and targeting over 41,000 secondary school girl children.