Africa Must Be Ready To Defend Itself Against Resurgent Western Imperialism: Former Namibian President 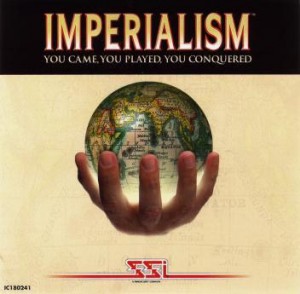 Sam Nujoma explains why Africa should prepare for military confrontation

While pouring scorn on the West, and NATO in particular, Nujoma reserved a few choice words for the African Union, which he said had woefully failed to mobilise militarily to stop the bombing of Libya.

Nujoma, who is known as the Father of the Namibian nation, said Africa’s sovereignty was not up for debate, adding that Africans should also talk war ? a language he said is best understood by Western countries.

Windhoek: Africa should stand ready to take up arms to defend the continent’s sovereignty against “resurgent Western imperialist forces”, whose renewed resolve to control the continent’s abundant natural resources was manifest in the murder of Libya’s Colonel Muammar Gaddafi.

In an exclusive interview with The Southern Times this week, Namibia’s former president, Dr. Sam Nujoma, contended that there is a new scramble for Africa. A fiery liberation struggle icon, Nujoma said the “right to protect” and “humanitarian intervention” were being used to reassert Western control of Africa. NATO’s overthrow of Libya’s Gaddafi should be “condemned and rejected” by all right-thinking Africans, Nujoma said.

He said the continent’s youth should be ready to defend Africa’s territorial integrity in much the same way his generation did when removing the yoke of colonialism.

The iconic freedom fighter, who left office in 2005 and handed over leadership to incumbent President Hifikepunye Pohamba, did not hide his disdain for the West’s military intervention in Africa.

“That is naked aggression on the part of the Western imperialist countries.

“They are trying to recolonise our continent; create puppet regimes as happened in Libya,” Nujoma said.

While pouring scorn on the West, and NATO in particular, Nujoma reserved a few choice words for the African Union, which he said had woefully failed to mobilise militarily to stop the bombing of Libya.

“The African Union should have mobilised the forces in order to fight and defend the territorial integrity of Libya.

“(The case of) Libya in particular is naked aggression on the part of the imperialists and this must be condemned and rejected.

“I particularly call upon the youth of Africa, be prepared to fight and defend this continent,” Nujoma declared.

Britain, France and the US marshalled their air forces in a mendacious pledge to “protect” Libyan civilians in Benghazi from Gaddafi.

When air power failed to dislodge Gaddafi, ground troops were extensively deployed in Libya to drive the offensive that resulted in the deaths of many civilians and the destruction of infrastructure.

The “right to protect” quickly mutated into an all-out war to topple the Gaddafi regime, which had fallen out of favour with the Western powers.

Nujoma, who is known as the Father of the Namibian nation, said Africa’s sovereignty was not up for debate, adding that Africans should also talk war ? a language he said is best understood by Western countries.

“The imperialists understand no other words than fighting. We dislodged them from our continent by fighting them.

“If we did not fight in Namibia or in Zimbabwe or elsewhere, we would not be free today.

“We must now prepare to fight them,” Nujoma asserted.

Nujoma said solidifying trade and political ties with China, which is set to overcome the US as the world’s largest economy by 2015, strengthens South-South co-operation.

Above all, African countries are sovereign states, which can decide which relationships are mutually beneficial, he pointed out.

He said Africans should not listen to “imperialists’ propaganda” against China, adding that Beijing was an “old friend of Namibia” and had extensively supported the country’s liberation struggle.

“Here we do what we think will benefit the Namibian people and the African people in general,” Nujoma said.

He lamented the slow pace of land reform in Namibia, which he attributed to “sabotage” by whites who do not fully appreciate the policy of national reconciliation.

“We thought that when we have adopted the policy of national reconciliation, those whites who remained with us in Namibia, they have accepted our policy also of land reform but we see now they are sabotaging land reform,” Nujoma said.

Namibia’s Founding President also talked about how Namibia and the rest of the African continent should invest in human resources, come up with policies which force multinational companies to process raw materials locally and how best the continent’s second phase of economic liberation can be won.