US criticises Malawi’s Mutharika over freedom of expression

A senior U.S. official urged Malawian President Bingu wa Mutharika on Friday to respect his citizens’ right to freedom of expression, days after he accused Western donors of funding an opposition protest movement in his country.

Mutharika told state radio on Sunday that the opposition planned to stage demonstrations in March financed by foreign donors – some of whom have frozen aid because of concern about his increasingly tight grip on power in the impoverished southern African country.

A loose alliance of opposition groups have said they will hold nationwide protests if Mutharika fails, by the end of March, to come clean on the source of his personal wealth and mend relations with Britain, which has frozen its aid to Malawi.

Similar demands last July led to unprecedented nationwide demonstrations, which security forces suppressed in a crackdown in which 20 demonstrators were killed.

“Regardless of what the president said … it is very important for leaders to welcome non-governmental organisations, to welcome civil society, to endorse free expression, the right of assembly, the right to organise,” U.S. Under Secretary for Political Affairs Wendy Sherman told reporters in Nairobi.

Sherman, on an official tour of several sub-Saharan countries, visited Malawi earlier this week for talks with government and civil society leaders, but did not give details of her discussions there.

Foreign aid accounts for 40 percent of Malawi’s state budget, but much of the aid has been suspended since a row with Britain and the violent suppression of protesters last July.

The aid freeze began last May when Britain, Malawi’s biggest donor, suspended aid worth $550 million after a diplomatic spat caused by a leaked diplomatic cable that described Mutharika as “autocratic and intolerant of criticism”.

Washington joined in after the July violence, suspending a $350 million project to upgrade the land-locked country’s decrepit electricity grid.

“We have urged the government to work with the IMF and the World Bank to put an economic plan in place so that in fact they can meet their energy needs and have a strong economy into the future,” Sherman said.

The government said last month it was facing a $121 million budget shortfall, due in part to the suspension of an International Monetary Fund loan programme as a result of disagreements over Mutharika’s handling of the economy.

The aid suspension, combined with a collapse in revenue from tobacco, Malawi’s main foreign exchange earner, has led to an acute dollar shortage, putting pressure on the kwacha currency and hitting imports of basics such as food and fuel.

Petrol stations are frequently dry, and when they do have fuel, motorists have to queue for hours to fill their tanks.

Malawi, which until the suspension of aid had had several years of strong economic growth because of bumper maize harvests helped by a fertiliser subsidy scheme, has one of the world’s highest HIV/AIDS burdens. 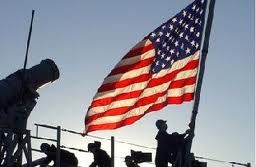 The Public appointments Committee (PAC) of Parliament has confirmed...

A shocking video showing a student physically attacking a...

The female police officer who allegedly filmed an explicit...
FaceofMalawiNEWS