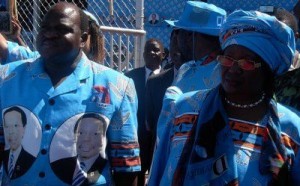 A journalist working for a private newspaper, The Eye Witness, claims he has been fired for allegedly expressing his views about his employers on a Media Institute of Southern Africa Malawi Chapter (MISA-Malawi) moderated e-mail forum and designed exclusively for Malawian journalists.

The journalist, Watipaso Mzungu, believes that there is a mole amongst his colleagues on the e-mail forum. The allegation has added weight to alleged reports of espionage within the media fraternity in Malawi.

Watipaso’s dismissal letter, however, indicates that the journalist’s services have been terminated on performance grounds. He told MISA-Malawi that his dismissal letter came barely two days after he posted on the e-mail discussion forum that The Eye Witness would folding on 31st March, 2012.

“On Sunday, March 4 [2012], I posted on the forum that The Eye Witness would be suspending production from 1st April. This was after management had told us verbally on Saturday March 3 that all the employees would be sent on unpaid leave because the owner of the paper had decided to invest in other business ventures,” Watipaso said.

Nankhumwa confirmed Watipaso’s dismissal, arguing that the journalist was on probation and that his performance was not satisfactory. “When an employee is on probation, he or she can either be hired or fired. Management did not just concentrate on Watipaso’s performance, but his behavior as well. He joined Eye Witness in January this year and management has decided to part ways with him because he did not satisfy some of the company’s requirements,” Nankhumwa told MISA-Malawi.

Watipaso, however, claimed that his dismissal was based on his posting on the e-mail forum. He argued that his colleagues within the sector reported him to the newspaper’s top brass following his posts and contributions about the paper on the forum.

“I strongly believe that there are spies on the forum who are passing on information to outsiders for their personal interests and benefits. This is very unfortunate because the forum is where journalists are supposed to share ideas and not spy on each other,” Watipaso said.

This incident comes hot on the heels of complaints from another journalist, Gregory Gondwe, a freelancer who claims to have been verbally assaulted by Malawi’s Information and Civic Education minister, Patricia Kaliati, following an article published by online news site, Biz Community which Gondwe himself shared with Malawian journalists on the forum.

Kaliati reportedly accused the journalist of holding a grudge against and, in the same breath, alleged there are journalists on the MISA-Malawi e-mail forum who spy on fellow journalists on behalf of politicians.

Commenting on these developments, MISA-Malawi Chairperson, Anthony Kasunda expressed disappointment over the reports of spies within the media fraternity. “It is very unfortunate to hear of reports of spies within the media fraternity. The e-mail forum was set up to provide a platform for meaningful debate and for journalists to share information whenever necessary. If it is true that there are spies on the forum, then it is very worrisome. We don’t need spies within the fraternity. What is happening is retrogressive and likely to kill meaningful debate and dialogue,” said Kasunda.

The MISA Regional Secretariat repeats its message, contained in a related alert issued on 6 March 2012 that: “we are deeply disturbed by the acts of yet-unknown journalists who are working in cahoots with politicians, clandestinely distributing to them information that is intended only for paid-up members of MISA-Malawi and designed to enhance the media profession in Malawi by providing fodder for vibrant and robust debate amongst journalists, media professionals and media scholars alike.”