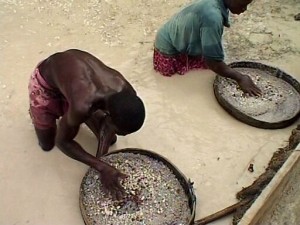 Angola’s attorney general has summoned witnesses to testify in a case that implicates some of the top figures in the country’s military and security establishment in acts of torture and murder in the diamond fields of north-eastern Angola. The witnesses’ hearings will start on March 5, in Luanda.

The case was brought before the attorney general, on November 14, 2011, by Angolan human rights activist Rafael Marques de Morais, who has been investigating rights abuses connected with the diamond industry since 2004. In his deposition to the attorney general, Marques referred to testimony that implicates the mining consortium Sociedade Mineira do Cuango (SMC) in acts of torture and murder against local populations and against informal diamond miners.

Testimony presented to the attorney general also implicates the private security company Teleservice and its representatives as the perpetrators of the acts of torture and murder, which constitute crimes against humanity under the Angolan constitution.

The attorney general has summoned the ten witnesses whose names were put forward by Marques to give testimony. All are residents of Lunda Norte province, and were either themselves victims of torture, or witnessed abuses being carried out.

“It is extremely encouraging that the attorney general has agreed to hear the victims’ testimony, and we hope that he will continue to give the case the serious attention that it deserves,” Marques said.

“Up until now the Angolan justice system protected the interests of the rich and powerful, so I welcome the fact that the attorney general is acting with the independence that befits his office, in pursuing a case that implicates some of Angola’s most influential individuals.”

“Angolan domestic law and various international treaties that Angola has ratified provide a strong framework for the prosecution of human rights violators. If this case is successful, it will be a victory for the Angolan people that will send a powerful message that no one in Angola is above the law,” Marques added.

The north-eastern provinces of Lunda-Norte and Lunda-Sul are Angola’s richest diamond-producing areas and were fiercely contested during the civil war. During the 1990s, diamonds from the Lunda region were an important source of revenue for the UNITA rebel movement.

Since the end of the war in 2002, the government has granted mining concessions to companies owned by senior military figures and others with close links to the regime. The concessionaires are authorised to control all economic activity within the concession areas. This has destroyed the livelihoods not only of the “garimpeiros”, the informal diamond diggers who used to make a living from digging and sifting gravel by hand, but also of peasant farmers who have lost access to their land.

Many of the same generals who own the mining companies have also set up security companies to keep local people out of the concession areas. These companies have enjoyed impunity from the law while carrying out acts of torture, abduction and, in some cases, murder against people who live in the region. One of these companies is Teleservice, whose shareholders are among the respondents in the case.

International attention to the issue of “blood diamonds” during the 1990s led to the certification scheme known as the Kimberley Process, which was intended to block the trade in diamonds mined in conflict zones and to ensure compliance with ethical norms. But Marques pointed out that the Kimberley Process is ineffective in Angola today where abuses continue long after the war ended.

“Under the Kimberley Process the state has the responsibility of certifying that diamonds mined in its national territory comply with ethical standards,” Marques said. “In Angola, the process is worthless, since senior state officials have been complicit in some of the worst human rights abuses associated with the diamond industry: the destruction of livelihoods as well as torture and murder.”

The complete dossier of abuses collected by Marques and his colleagues in the Luanda region was published in Portugal last year under the title Diamantes de Sangue: Tortura e Corrupção em Angola (Blood Diamonds: Torture and Corruption in Angola). The book forms part of the testimony presented to the Angolan attorney general.