The on-going talks between the Presidential Contact and Dialogue Group (PCDG) and civil society organisations appears to be making progress with revelations that the government has conceded to stop paying First Lady Callista Mutharika a K1.3m salary as coordinator of safe motherhood in Malawi.

In the July 20 twenty-point petition, which became agenda of the dialogue, the 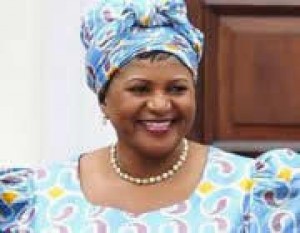 also demanded that the contract for the First Lady be nullified.

A communiqué released on Tuesday also indicates that the March 28 deadline set by CSOs as last day of their participation in the dialogue does not stand as both parties have signed to reconvene for further talks in third week of next month.

According to the communiqué, after the meeting, which was facilitated by Nairobi-based UN Under-Secretary General Sahlie-Work Zewde, six issues have been resolved since dialogue started.

The dialogue group has also recommended reform of the current legal framework to provide for assets declaration and verification on entry and exit for senior civil servants, parliamentarians, cabinet ministers and the president.

On the issue of a deposit of K2m for mass demonstration the communiqué says the issue was just a public statement and it was not implemented.

“The dialogue has noted that no circular has been issued and that the president has publicly clarified that he expressed his initial thoughts on the subject and had not laid down a directive; also he has not pursued the issue in his capacity as head of state and no formal directive will be issued,” it reads.

The dialogue group recommended to the government that the issue of local government elections, penal code/injunctions bill should be considered by Parliament during its next session.

The dialogue team has also urged the government to engage relevant partners and involvement of the CSOs, as needed, in the ongoing dialogue processes on the issues of shortages of electricity, drugs and forex.

The communiqué has also said: “There should be public commitment from the executive arm of government that it will respect all court orders for or against it.”

The communiqué has been signed by leader of the PCDG, Archbishop Emeritus Bernard Malango and leader of the CSOs negotiation team Voice Mhone.

Mhone said having reached this far, the dialogue group has managed to beat the deadline of today.

“As you can see from the communiqué all the issues in the July 20 petition have been tackled. What is remaining is implementation,” Mhone said.

On his part, Malango expressed satisfaction with what has been released but said other salient details will be known at a press conference this morning.

In the July 20 petition, CSOs also demanded that President Mutharika visibly demonstrates good faith towards the Office of the Vice President, by returning her official motorcade and recognise her in her official capacity.

The two negotiating teams have been meeting since August last year, but as of Friday last week only three issues had been resolved.