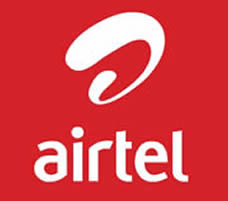 One of the country’s mobile phone providers Airtel Malawi has reaffirmed its commitment to rewarding its loyal customers.

Airtel Malawi’s High End Team Leader Linda Manda made the remarks in Blantyre when she welcomed back two lucky customers who the company sent to Manchetser in England to watch a football game between Manchetser United and Fulham.

Manda said after recieving two air tickets from Manchetser United FC which is in a mutual partnership the company decided to reward Mr Milliward Nyanguru from Mchinji district and Mr Mabvuto Ngwilinji from Zomba district who were the highest prepaid airtime users for three consecutive months.

After running battles with police in Lilongwe the United Democratic Front -UDF has organized another whistle stop rally in Machinga on Sunday.

The Party’s Publicity Secretary Mr Ken Ndanga confirmed that they are holding a whistle stop rally in Machinga on Sunday starting in the morning.

He has also confirmed that as a party they notified the District Commissioner’s office about their planned meetings last week Wednesday.

Accordig to Mr Ndanga as a party they are hopeful the rallies will go as planned as they haven’t recieved any contrary opinion from the District Commissioner’s office.

Previous article
Malawi Government is selfish – Nkhoma CCAP Synod
Next article
Government yet to respond to a Pastoral Letter issued by the Nkhoma Synod of CCAP Church.