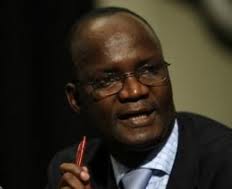 Zanu PF politburo member Jonathan Moyo has been slammed over his published conspiracy theories surrounding the death of Malawian President Bingu wa Mutharika and his attack on Nigerian prophet Temitope Balogun “TB” Joshua.
There was a flurry of angry reactions on the social media platforms yesterday to Moyo’s utterances in the State media alleging a conspiracy in the death of wa Mutharika and claiming TB Joshua was an accessory to the late Malawian leader’s “murder”.
Malawians demanded an apology from Moyo for claims that wa Mutharika might have been murdered in an “intelligence operation”.
“There is even spirited speculation in well informed circles that TB Joshua had privileged intelligence information about a death plot against President wa Mutharika and the plotters used him as their microphone to divert attention from them and let the death appear like it was an act of God when it was an intelligence operation,” Moyo said in remarks quoted in the State media.
Malawians accused the former Information minister of attempting to cause anarchy.
Wa Mutharika died of a heart attack last Thursday, two months after the Nigerian prophet had foretold the death of an African leader whom he did not mention by name. TB Joshua repeated the prophecy a week before Mutharika’s death on April 1.
Malawian football agent Felix Ngamanya Sapao said: “It’s unfortunate that after Malawi received a condolence message from President (Robert) Mugabe and the people of Zimbabwe, Zanu PF’s unofficial spokesman, the legislator for Tsholotsho North Professor Jonathan Moyo, comes out with his unfounded conspiracy theory on the death of our former HE (His Excellency). Please leave our peaceful Malawi alone. That statement needs an apology.”
Sapao made the comments on social networking medium, Facebook.
Others described Moyo’s utterances as “unpalatable” given Malawi was still mourning its leader. Mabvuto Mike Missih said Moyo should stop confronting “men of God as he will not win the battle”.
“You confront men of God and the end result is losing the battle. The best is to change and live to praise God,” said Missih.
MDC-T aspiring MP and University of Zimbabwe political science lecturer John Makumbe said Moyo’s utterances were a reflection of the fear in Zanu PF over prophecies.He said by attacking TB Joshua’s prophecy, Moyo was courting trouble.
“He is fooling himself. So who did he (TB Joshua) connive with to kill Michael Jackson or predict Zambia’s victory at the Africa Cup of Nations? It’s only that he scared Moyo to death because everyone was thinking the old leader (who was going to die) was President Mugabe. A lot of Zanu PF leaders were in trepidation. To attack TB Joshua is to invite trouble,” Makumbe said.
But Zanu PF spokesperson Rugare Gumbo said Moyo’s utterances did not reflect the Zanu PF position.
“Ask Jonathan Moyo, he’s the one who said it. He was speaking on his own behalf,” Gumbo said.
Moyo unleashed a diatribe against the Nigerian prophet saying: “TB Joshua’s involvement in this tragedy smacks more of a plot than a prophecy. One thing for sure is that there is no prophecy here, but just a prediction if one is to give him a benefit of doubt.
This leaves open the questions as to what happened because to neutral people there appears to be more to the saga than meets the eye.

“The kind of exact alleged prophecy on when it was going to happen shows that this was being said by someone with medical information and not from God. It’s possible to medically induce a cardiac arrest no wonder why his death was first leaked by his doctors. If you start seeing people making such prophecies, it shows that the world is coming to an end. I have no doubt in my mind that TB Joshua is a false prophet.”