The death of any member of a family brings with it sorrow which is sometimes expressed by crying among relatives, friends, and neighbours. This is true even if that death concerns someone who was very notorious or mad. The saying ‘chitsilu chili ndi mwini wake’ holds water in such circumstances. It is not normal in many societies that people may celebrate at the death a member of that community or another. As far as the death of any human being is concerned, sadness is what follows. But the question we may further ask is that why should people celebrate 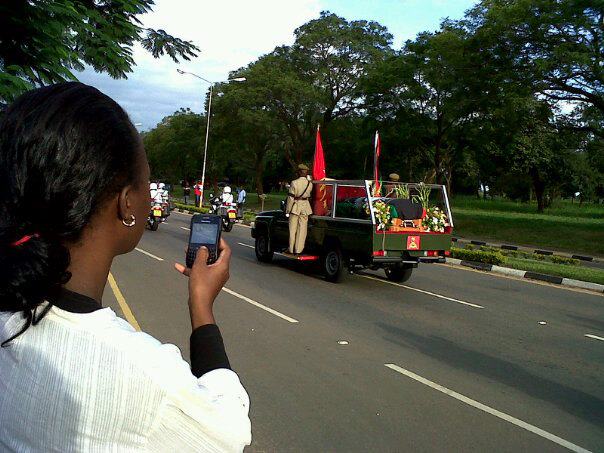 death? This article, written from a political and religious point of view, tries to answer this question in line with what has just surrounded the world in recent days.

Christians all over the world are celebrating the death and resurrection of Jesus Christ, our Lord and master. It is from such a death that we the Christians believe that we were redeemed by God from our sins. It is for this reason that Jesus’ death is not mourned but instead, celebrated in view of the joy it brought. It is easy then to understand that the one who betrayed him committed a happy fault, so called ‘Felix culpa ‘by the Christian fraternity.

Moving away from the saving death of Jesus, we can quickly refer back to the celebrations in Libya. Just last year around the same time, many people in Libya especially those in Benghazi region celebrated the killing of Connell Murmur Gadaffi’s son and his grand children. Looking at it closely, they celebrated because the family of Gadaffi through its rule brought suffering and death of many civilians. As such death of those deemed to be causers of other people’s deaths have to be celebrated. No wonder then that many celebrated even more at the death of Gadaffi himself.

Americans and world over have were not left out on those celebrations at the death of a person. People waved flags, ululated, danced and sang at the death of Osama Bin laden. Many are aware that Osama Bin Laden was the man behind the al-Qaida group. It is this al-Qaida group that has been behind so many terrorist attacks all over the world. At one point they even made a vigorous claim that their major targets were America as a nation and its people.

In their effort to pursue their goal, they did bomb the American embassy in Kenya and killed many people there. As if that was not enough, in 2001 on 11 September (commonly known as 9/11 attack), they bombed and killed many people in America when they struck the world trade centre twin towers at ground zero in America. This was like a land mark of their terrorism attacks. The world was awash with news of such kind of horror. In reaction to this George W. Bush, the then president of the United States of America launched war on terrorism. After his term of office, his successor, Barrack Obama, continued the fight which led to the death of its leader, Osama Bin Laden.

While the fight against terrorism may not be over with the killing of its leader, the fight seems to be progressing well. Why then should people not celebrate at the death of such person as Osama Bin Laden who has made many people suffer and die because of his ruthless philosophy?

Such a celebration at the death of someone gives us some lessons that we have to learn as people created by God. Such lessons may be that we need to be sensitive to safeguard and protect all people. There is no point of sitting down and planning evil at creatures of God. God has his own ways of dealing with evil people through means best known to him. Further, we can learn that people who cling to office even if their leadership is bad end badly.

Look at the former Leaders Egypt, Tunisia, and Ivory Coast. Where are they now? Instead of enjoying their retirement packages, suffering is following them. Shall people not celebrate at their demise? What about at our own death?