Authorities have bemoaned over-crowding in prisons which they say is responsible for many communicable diseases. 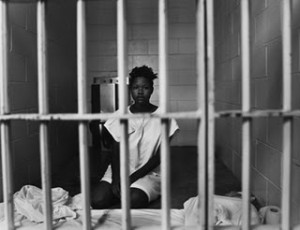 Prisons’ Commissioner for Operations Kennedy Nkhoma says most of the penal institutions are accommodating inmates twice their normal capacity.

He, for instance, said prisons which were designed for a capacity of 5,500 persons are currently accommodating an average population of 12 500, representing overpopulation percentage of over 120 percent.

Nkhoma said that the overpopulation is a result of a number of factors including the courts’ tendency to offer the majority of convicts’ custodial sentences as opposed to other sentences, and the holding of inmates on remand beyond recommended time.

He said because of congestion there is a boom of diseases such as tuberculosis (TB) and scabies in Malawi.

“The professional medical personnel we have in the prisons service can’t handle the pressure that exists. On top of that, our prison warders are overwhelmed with the responsibility of looking after these inmates and I can say that this poses a risk of some notorious prisoners escaping,” said Nkhoma.

He said this in an interview with The Daily Times on Tuesday following his presentation on the same topic to a stakeholders meeting that was held from May 16 to 17 at Lilongwe Hotel aimed at reducing overcrowding in prisons.

According to Nkhoma, there is need to change people’s mindset that changing people’s behaviour does not mean giving them custodial sentence alone, saying, “percentage of persons on remand in Malawi prisons account for about 21 percent of the prison population, thus if the number of incarceration of remandees is reduced there can be drastic drop in the total prison population.

He said that about one third of the remandees are those on homicide cases and because of public sentiments, these people may not be kept outside the prisons; but speedy determinations of their cases would help to ease the situation.

Nkhoma also said that he expected the courts to disperse justice accordingly because, not all people who go to prisons deserve to be there, saying this happens because some of them had no proper legal representation.

He also urged police to give bail where it is necessary because apart from helping to ease prison congestion, it is also a constitutional right.

Mdeza said the meetings which were funded by European Union are going to be held in all the regions where representatives from the paralegal, Catholic Commission for Justice and Peace (CCJP), judiciary, Legal Aid and State Advocate are attending.