Malawi has come a Lilongwe in a short time. Last month, longtime autocrat Bingu wa Mutharika died at the ripe age of 78, leaving, gasp, a vacuum of leadership! Enter Joyce Banda. She’d been deposed from Mutharika’s government, yet Malawi’s Constitution called for her to become President. Next thing you know, she overturned the country’s colonial-era law forbidding homosexuality. Like she’d never even listened to the entire Book of Leviticus on Youtube! 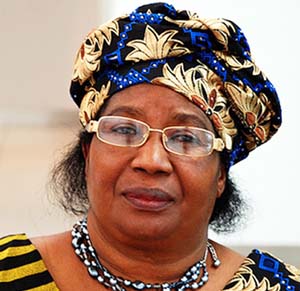 Emboldened by legalizing gay, Banda went on a roll, repealing broad police powers of search and arrest and the ability of members of Cabinet to shut down newspapers. And there’s an added bonus on top of doing the right thing(s)

“Malawi is not a poor country but Malawians are poor,” the recently dead Mutharika was fond of saying. Banda’s moves have the UK about to give her country a bunch of money.Malawi’s relations with donors have already improved thanks to Banda’s actions – and the British government, which had been extremely critical of Mutharika, is now urging other donors to restore funding as soon as possible.

Now everyone in the Great Lakes region of Africa will have rich, gay neighbors just like in America!