Why Britain and Banda should do business

The International Development Secretary has concluded a three-day visit to Malawi, a fortnight after the Government announced that Britain will provide £30 million in urgent funding to the Southern African state – two-thirds of which will be dedicated to stabilising its fragile economy. The announcement was welcomed by the country’s new president, Joyce Banda, who recently took the bold but essential decision to devalue the nation’s currency, the Kwacha. In the short-term, this is painful medicine for a president who has expressed a strong and sincere commitment to protecting her nation’s poorest. 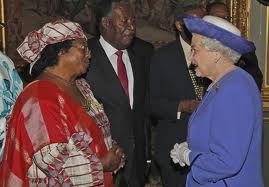 But while Britain is right to respond to the president’s urgent call for assistance, in the longer term, Malawi is seeking partnership of a different kind – investment.

Malawi is widely believed to enjoy an abundance of mineral wealth, the majority of which is thought to lay undiscovered. The limited geological surveying of Malawi’s territory that has been conducted to date has already unearthed substantial deposits of uranium, bauxite and the rare and valuable transition metal niobium. Preliminary investigations have, only last month, identified 3 sites south of the Dwangwa River containing significant deposits of another highly-prized metal – gold. And the country’s resources are not limited to what lies beneath the soil. Lake Malawi, Africa’s third largest lake which covers around a fifth of the nation’s territory, offers exciting prospects for everything from hydropower to tourism. In order to fully explore and exploit these opportunities, the Malawian government is seeking investment to develop these and other burgeoning sectors.

Yet in spite of the Coalition’s renewed emphasis on the strategic importance of trade to UK interests our approach to Malawi and Africa more broadly remains one dominated by aid rather than trade. The promotion of trade is inevitably a cross-departmental concern, and businesses seeking to invest in nations like Malawi – which along with 40 of Africa’s 54 states has no UKTI presence – have to serve as pathfinders for their own profits. The frontier markets of Africa offer the UK an opportunity to help deliver an export-led recovery and cannot afford to be overlooked. Africa has enjoyed a decade of economic growth averaging more than 5 per cent, attracting record levels of foreign investment in 2011, totalling some $52.3 billion. Today, 7 of the world’s 10 fastest growing economies are African. None are European.

Andrew Mitchell’s visit is part of a much-needed rapprochement with international donors following the death of Banda’s predecessor Bingu wa Mutharika in April. Yet Banda’s priorities are not merely economic. Efforts to reengage the donor community have served a dual purpose for a new president keen to underscore her commitment to equality and the rule of law. In addition to rescinding an invitation to Sudanese President Omar al-Bashir to attend the AU Summit in Malawi later this year she has pledged to launch an official investigation into the suspicious death of pro-democracy campaigner Robert Chasow. And only last month Banda signalled her intention to overturn Malawi’s ban on homosexuality which, if successful, would make Malawi the first African country to do so since 1994. It is a promising start from a leader determined to distinguish herself and her nation in the minds of the international community. But for her tenure to truly transform her nation she will need a long-term strategy for growth which is formulated around more than just development assistance.

In spite of being Southern Africa’s first female head of state, the symbolism of Banda’s presidency is much less that she is a woman, than that she is a woman with a vision. Banda’s presidency is full of promise, both for her people and for those throughout the region. After years where the UK has lamented the problems with African governance as being a principal obstacle to the continent’s development, Banda is making all the right noises. Malawi is one of many African states attracting considerable commercial interest from international corporations eager to capitalise on a continent which is perceived to be slowly emerging out of decades of instability. Britain’s incoming High Commissioner faces a landscape of a somewhat different complexion to that of his predecessor, and if British businesses seize this opportunity Malawi can serve as a model of what is possible for the UK in Africa. And it will be to the lasting benefit of both.