Sunbird Tourism Limited will continue running the Presidential Villas, the Bingu Conference Centre and the President’s Hotel until July this year, Malawi’s Minister of Tourism, Daniel Liwimbi said on Tuesday. 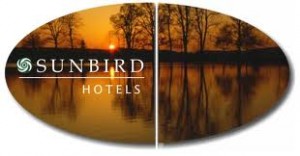 Sunbird was given the contract to host participants to the AU summit, including the running of the presidential villas, the Bingu Conference Centre and the President’s Hotel which make up the Umodzi Park.

But now that Malawi has opted to have the summit shifted to Ethiopia than to host war crimes suspect Sudanese Omar al-Bashir Minister Liwimbi told zodiak online that Sunbird will still run the villas until August end.

“We signed an agreement with Sunbird for three months, for them to host the summit, and that agreement ends in July this year,” said Mr. Liwimbi adding;

“Sunbird in currently running the Umodzi Park, which houses presidential villas, President’s Hotel and Bingu Conference Centre and that will continue until such a time we review their contract in July.”

But there are concerns of loss of business following the shifting of the venue of the summit from Lilongwe to Ethiopia.

“The question about loss of revenue cannot arise because all the money that the company was using to prepare for the hosting was from government.

The only worry that Sunbird can have is the loss of business they could have made during the summit, but not now, because all the money they are using for preparations is from government,” added Mr. Liwimbi