With its highly-controversial Malaysian rare earths processing plant an already ample source of headache, Lynas Corp. has been reported to be likely backing out from another rare earths project, this time in Africa.

Citing unidentified industry sources, The West Australian reported that Lynas Corp. is thinking of shunning the Kangankunde rare earths project in Malawi after a Malawi High Court questioned the authenticity of the Australian miner’s ownership over the project.

In 2007, Lynas Corp. bought Kangankunde, lined up as a future growth project, for $4 million from the Malawi Government. The sale was completed in 2010.

However, late 2011, a South African geologist questioned the Malawi government’s jurisdiction over the property, claiming it does not own it therefore it cannot sell it.

Lynas Corp. appealed the claim, and had actually won in May this year to be included in the court case but more as an affected party. But as of this Wednesday, sources said it seemed a different Malawi High Court judge has opposed last month’s ruling.

With the recent development, the Australian rare earths miner deemed it might be better to give up the African project altogether, than suffer again the same fate as with its highly controversial rare earths processing plant in Malaysia, The West Australian reported.

Lynas Corp. “is reassessing the project’s risks in the context of Malawi’s present governance and institutional frameworks,” sources told The West Australian. 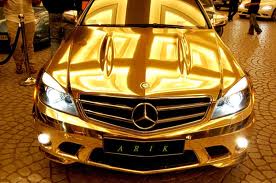