The Zimbabwe government is yet to pay Malawi the remaining US$17 million Harare owes Lilongwe in maize sales, a month after the two countries agreed to settle the debt once and for all.

The debt, which Zimbabwe has been failing to pay back for five years, is a balance from a US$100 million loan it borrowed from Malawi to buy and import maize from Malawi.

By 2007 Zimbabwe owed Lilongwe US$23 million of which the two countries agreed will be paid through fuel.

Principle Secretary in the Ministry of Energy and Mines Mr Ben Botolo told Zodiak Online that Harare has so far paid US$ 5 million through fuel leaving a balance of US$17 million.

ŌĆ£We are getting the fuel in instalments and we have not yet got the whole loan. We agreed to be receiving US $ 5 million worth of fuel and we have so far received fuel worth US$5 million dollars,ŌĆØ he said.

The two governments agreed in June that the loan be converted to fuel as Malawi was facing acute fuel shortage then.

According to Mr Botolo, Zimbabwe is to finalise settling the debt in the next three to four months by proving fuel worth US$5 million every month.

Mr Botolo said there are no other strings attached to the loan pay back.

According to Mr Botolo, it was Zimbabwe that proposed to pay Malawi its US$23 million debt through fuel.

The debt dates back to 2007 when Zimbabwe, which was in economic and political mess then, was failing to produce enough food for its citizens. 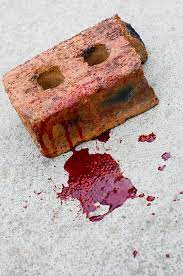