Malawi gender activists have condemned perpetrators of recent violent attacks on women telling them to stop attacking women with an aim of getting at President Joyce Banda.

The word of condemnation follows an increased number of attacks and murder cases in the country of which a majority of the victims are women.

Since president Banda became the first female president of the country in April, there has been a soaring crime rate in the country sparking widespread fear amongst Malawians.

According to police reports about 22 people have been killed from the month of April up to date.

Gender activists say most criminals are taking advantage of women since most canŌĆÖt defend themselves.

Some of the notable attacks on women include that of an expectant woman in Chirimba Township, a Dowa based lady who was hacked to death by her husband, another in Lilongwe who was stabbed by her husband and the gruesome murder of a woman who was gang raped and burned in Blantyre.

Executive director on NGO Gender Coordination Network Emma Kaliya said “the rising crime could be the work of some people who are trying to dent the image of woman leadership in the country.”

Meanwhile, police authorities say they have intensified security measures in the country to combat the escalating criminal activities. 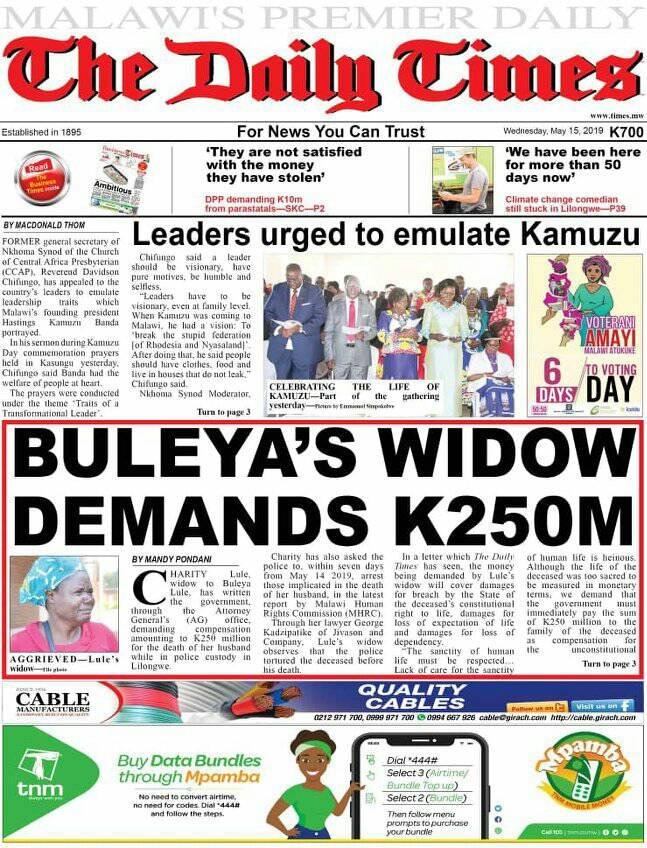