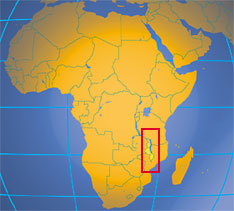 Malawi’s July inflation rate was the highest in the Southern Africa Development Community (Sadc) trade bloc at 21.7 percent from 20.1 in June, according to the National Statistical Office (NSO.)

This shows the worthlessness the of kwacha and points to dwindling purchasing power among Malawians who are already surviving on less than a dollar a day.

It also explains the speed at which prices of basic commodities are rising in Malawi compared to the rest of the countries in Sadc.

Reserve Bank of Malawi (RBM) spokesperson Ralph Tseka said in an interview last week that the central bank is aware of high inflationary pressure in the economy and that RBM is pursuing tight monetary policy to reverse the trend.

“After we floated the currency, prices started going up, but we are still pursuing tight monetary policy,” he said.

In July, all Sadc countries were enjoying single digits inflation rates, except Malawi. Its northern neighbour, Tanzania, had an inflation rate of 15.7 percent trailed by Angola at10 percent.

CfSC is an organisation that compiles the country’s monthly cost of living surveys.

“We have a regional network and in our interactions, we observed that food stuffs are expensive in Malawi. Even our colleagues in Zambia, South Africa and Zimbabwe have been wondering why food is expensive in Malawi. We need a research to determine factors towards such a situation in Malawi,” said Nkosi.

Some of the basic items whose prices have recently sky-rocketed include rentals, school fees, utility bills and foodstuffs such as maize, fish, beans, sugar, cooking oil, salt and vegetables.

Finance Minister Dr Ken Lipenga expects inflationary pressures in 2012 to subdue in the wake of currency adjustment, among other economic variables.

“Coupled with the pass-through from currency adjustment, we now estimate inflation in 2012 at 18.4 percent with the prospects of decelerating to 16.1 percent in 2013 as full recovery begins,” said Lipenga.

Malawi economy, which economic experts argue is suffering from stagnation, continues wobbling through cost-push inflation as supply shock inflation from maize which, as part of food component accounting for 58.1 percent of the Consumer Price Index (CPI), dictates inflation rates, is in short supply.

Malawi has over the past years enjoyed single-digit inflation rates thanks to the availability of maize on the market courtesy of government run Farm Input Subsidy Programme (Fisp) and good rains.

The country last registered a single-digit inflation rate of 9.8 percent in December 2011 before the economy threw itself back into the double-digit year-on-year inflation lane to record a 10.3 percent rate.