The first agreement was on Development Economic and Technical Support, which would enable Nigeria to offer technical cooperation assistance to Malawi and to provide technical volunteer scheme which will attract highly specialized Nigerians in different technical expertise to come and work in Malawi.

The second agreement is on Establish Joint Cooperation between Nigeria and Malawi, which will assist to scale up the cooperation between the two countries on various social and economic development programmes through various ministries.

The Nigerian Minister of State for Foreign Affairs (ii) Nurubeen Muhamad and Malawi‚Äôs Foreign Affairs and International Cooperation, Ephraim Mganda Chiume signed the agreement on behalf of their respective governments.

Briefing reporters, President Banda said she was happy for the State visit of President Jonathan to Malawi it, saying that it was for the first time to have Head of State from Nigerian in the country.

President Banda said they had some seven joint agreements which have to be studied and presented to both countries in December this year.

In a separate interview, Principal Secretary for Ministry of Foreign Affairs and International Cooperation, Patrick Kabambe said that there were eight other joint agreements which would be out in December this year after extensive studies by both sides.

‚ÄúThere were about ten treaties Malawi and Nigeria are set to sign by the end of the year, and the two were ready for signing today, while experts are still fine-tuning the rest,‚Äù said Kabambe.

The Malawi Government has put in the documents some key priority areas from the MDGS.

Malawi‚Äôs foreign affairs minister Chiume told newstimeafrica.com that: ‚ÄùPresident Banda has to be commended for restoring confidence in Malawi. ‚ÄúWithin a short time we have restored relations with our developing partners while we have also normalised relations with sister nations.‚Äù

Most Western donor nations deserted Malawi in the wake of the deteriorating political and economic situation under Mutharika, who died aged 78, culminating in the unprecedented July 20, 2011, anti-government demonstrations during which police gunned down 20 unarmed protestors and injured many more.

Donors, notably bi-lateral ones like Great Britain, Germany, Norway and the US and multi-lateral agencies like the World Bank, the International Monetary Fund (IMF) and the European Union (EU) ‚Äì either cut off or reduced development aid to Malawi.

Under Mutharika, Malawi also had frosty relations with neighbours like Zambia, whose new leader Michael Sata was arrested and declared persona non grata in Malawi for unexplained reasons in 2007 when he was an opposition leader.

Malawi also had a tiff with Mozambique that was annoyed when Lilongwe decided to by-pass Maputo for Mutharika‚Äôs pet project, the Shire-Zambezi Waterway meant to create an inland port on the border.

But immediately she took over power President Banda embarked on a diplomatic charm offensive to Western capitals as well as neighbouring countries. 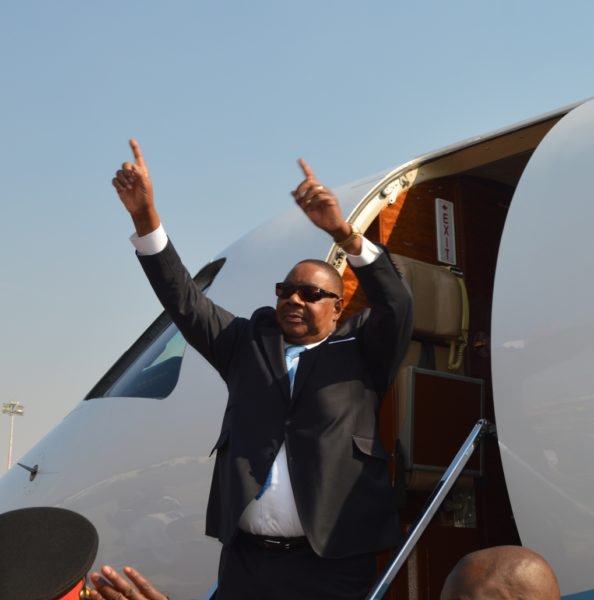