Precious Chimbaba began the talks by describing the political history of his home country, Malawi. When Malawi received full independence from the U.K. in 1964, the Malawi Congress Party took control and proclaimed Malawi a single-party state with Hastings Banda as its president for life. After thirty years of an oppressive rule, facing pressure from Western governments, Banda was forced to hold a free election for the presidency and was subsequently defeated by Bakili Muluzi in 1994. Bingu wa Mutharika became president in 2004, and has been succeeded by the current president, Joyce Banda, after Mutharikaâ€™s death in 2012. The main challenges facing Banda, Chimbaba said, would be to restore international faith in the Malawian presidency and to work against Mutharikaâ€™s remaining supporters in Parliament; Mutharika has left behind him a legacy of human rights issues, a faltering economy, and a restive populace.

Philton Makena spoke next about his home country of Zimbabwe. Independent from the U.K. in 1980, Malawi elected Robert Mugabe as its first president; Mugabe was reelected in 1987. In the late 1990s, however, Zimbabwe faced increasing political and economic unrest, with Mugabeâ€™s party claiming that the economic crisis was due to Western sanctions on the country, which they say have a neocolonialist agenda, and with the opposition blaming the crises on Mugabe. Mugabeâ€™s reelection was disputed in 2002, and in 2008, during another disputed election, neither Mugabeâ€™s party nor the opposition, the Movement for Democratic Change, was able to win the majority in Parliament to claim the presidency, provoking political violence across the country. The country will hold elections again in 2013, pitting Mugabe against Morgan Tsvangirai. Makena hopes that the increased presence of domestic and international election monitors will help provide a more stable election process this season.

Edson Manguinhane addressed Mozambique. After an eleven-year independence war in the late 60s and early 70s, Mozambique faced another seventeen-year civil war, until 1992; the country also became embroiled in the Cold War because of its Marxist regime. Forming a new constitution in 1990, Mozambique garnered support from the West to move towards democracy and to demobilize its military, and the country elected its first president, Joaquim Chissano. Although Chissano has had to deal with extreme drought and increasing poverty, Manguinhane said, he has brought stability to the country. Because of disorganization in the opposition party, one party, FRELIMO, has held power since 1992, provoking questions about the efficacy of this system as a democracy. Manguinhane also mentioned the problems of corruption and the discovery of oil and gas in the country as challenges that Mozambique will need to face over the next few years.

On Tuesday, October 30, the CDE country talks will continue with a discussion of presidential elections in the Caucasus. 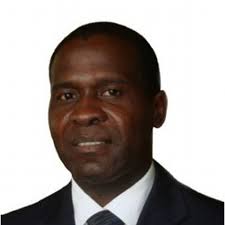 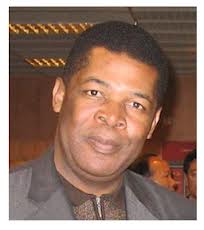