Amid what others see to be the chaos of too many political parties for a democracy that is only 20 years old, The Daily Times has also established that some of the politicians in the country in principle belong to more than one political party.

The Public Affairs Committee (Pac) has since said the finding confirms its recent argument that Malawi is in short supply of leaders that are capable of transforming the country as most of them are only interested in enriching themselves.

But The Daily Times can also report that political parties themselves have not been playing their part to have the names of their former executive members removed in the register as is required by law.

The list of political parties obtained from Registrar of Political Parties shows that some of the politicians who are active today still maintain the executive membership of several other parties including those that are inactive.

Some of the affected individuals include top national executive members of popular parties such as the governing People’s Party (PP), the Democratic Progressive Party (DPP) and the United Democratic Front (UDF), among others.

Most notably, President Joyce Banda who is registered as President of the PP is also a registered executive member of the DPP.

According to the list, Gwanda Chakuamba is still in the executive of the Malawi Congress Party (MCP) where he once served as president, DPP where he was once vice president as well as the New Republican Party (NRP).

Minister of Justice and Attorney General Ralph Kasambara is, according to the registration document, founder and President of the inactive Congress of Democrats (Code).

Kasambara is also currently the Director of Legal Affairs in the PP.

Former presidential spokesperson Hetherwick Ntaba appears on both the executives of the MCP, the Republican Party (RP) and the DPP.

Uladi Mussa who announced that he had disbanded the Maravi People’s Party (MPP) after being appointed into the Joyce Banda cabinet is also found in the executive of the DPP.

He was once a member of the UDF where he also served as a cabinet minister when UDF was in power between 1994 and 2004. He is currently in the PP.

Former religious advisor to the late president Bingu wa Mutharika, Malani Mtonga, who is now PP’s Religious and Civil Society Affairs Director, is found in the executive of the National Solidarity Movement.

Ken Zikhale Ng’oma is found in executives of both the DPP and NRP and he is now a member of the PP.

He was also once a member of Republican Party when Chakuamba was its president before Chakuamba registered the NRP.

UDF Publicity Secretary Ken Ndanga is also shown to have been the founder of the New Dawn for Africa (NDA).

The Registrar of Political Parties Geoffrey Nkhata said his office is aware of the anomalies and is working to review the list in order to bring sanity to the registration process.

He stressed it was not allowed for one to belong to more than one political party.

“It is not allowed to belong to more than one party. That is why officers are looking at the party registration,” Nkhata said.

Chancellor College political analyst Blessings Chinsinga described the situation as immoral and irresponsible on the part of the politicians.

He added it also exposes the lapses in the political party registration laws in Malawi.

Chinsinga faulted the Office of the Registrar of Political Parties on the matter saying it lacks seriousness in enforcing the law and doing proper follow-ups.

“It is immoral for one to belong to more than one party. It just shows that our politicians are not responsible and lack principles.

“I don’t know how the registrar would allow this to happen; we need to expose this,” said Chinsinga.

On his part, Publicity Secretary of the Public Affairs Committee (Pac) Morris Munthali said the revelation only confirms what the organisation has been saying in recent weeks that Malawi has “transactional leaders” and not transformational ones.

“This is opportunism at its best and this is what we at Pac are saying. These people are always on the move and it’s all in search of personal enrichment and not for the good of the nation.

“These are not the kind of leaders that Malawi needs at the moment,” Munthali said.

He said Pac is planning nationwide civic education to equip Malawians with information on the qualities of leaders that can bring real change in the country.

Efforts The Daily Times made in the week to get comments from some of the politicians proved futile as they could not be reached on their mobile phones.

But one of them, Hetherwick Ntaba, shifted the responsibility of scrapping the names off the register on the political parties themselves.

He said once one has left a particular political party, it is the duty of the party to take up the matter with the Registrar to remove the name from the list of trustees.

“When you resign from a party it is the [party’s] officials that take the name off. I cannot not go to the MCP or the Registrar of Companies and tell them to take off my name. The Secretary General [of the affected party] should do that,” Ntaba said.

The Political Parties (Registration and Regulation) Act 1993, 11, 12(1)) says that a registered party must notify the Registrar of any changes to its office address, office bearers or their details, or amendments to its constitution, rules or manifesto within seven days of the change.

Of the 43 registered parties on the list we have obtained, only six were deregistered. 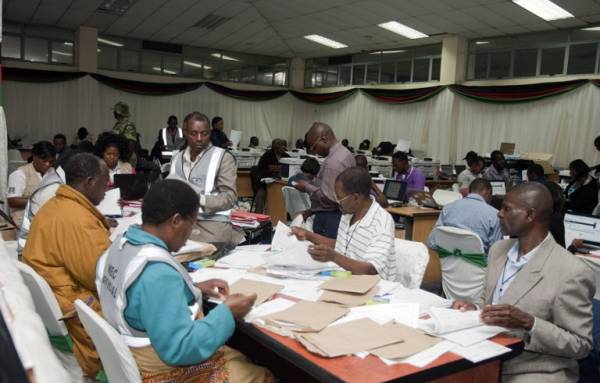 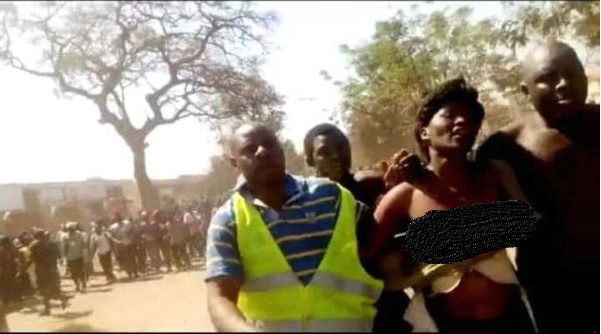