Mota Engil was in March this year given a 35-year concession to run all the four ports on Lake Malawi without due procurement process.

We have established that the concessionÔÇöwhich allows Mota Engil to run MalawiÔÇÖs ports of Chilumba, Nkhata Bay, Chipoka and Monkey BayÔÇödid not go through competitive bidding procedures.

Instead, it was single sourced.

But while single-sourcing is an acceptable procurement method under the Public Procurement Act, Section 30 of the law only permits it on condition that

(c) when there is an emergency

(d) if the procurement entity already bought goods from a supplier and just wants to buy more.

But even assuming that these circumstances were met, the same section requires that the procuring entityÔÇöin this case the Ministry of Transport and Public InfrastructureÔÇömust seek ÔÇśno objectionÔÇÖ from the Office of the Director of Public Procurement (ODPP) for him or her to review the necessitating factors and approve the deal before any agreement is signed. This was not done.

Said ODPP spokesperson Mary Mbekeani: ÔÇťWe have not come across any record from the Ministry of Transport seeking this officeÔÇÖs ÔÇśNo ObjectionÔÇÖ to single source this service.

ÔÇťThe Ministry of Transport is better placed to provide the details of this tender because it was the procuring entity in this case. However, we cannot speak on its behalf and as such, we advise you to check with them regarding this particular tender.ÔÇŁ

The concession document in our possession was signed on March 14 2012 before most important annexes, including a business plan, were completed and attached.

We have also established that the two parties signed the concession agreement before they even agreed on concession fees.

But the Ministry of Transport has justified the move to single source without ODPPÔÇÖs ÔÇśNo ObjectionÔÇÖ, saying no other firm was interested to run the ports.

She added: ÔÇťWhen Malawi Lake Services Company [owned by Mota Engil] won the tender for lake services operations, they expressed interest to manage the ports too; hence, government entered into a negotiation with them. Government could not have launched again a tender in operations where companies initially did not show interest.ÔÇŁ

Malongo could not explain when and where the tenders were published; whether tender documents specifically mentioned that bidders should compete for both the ports and lake services. She could also not state whether the fact that Mota EngilÔÇÖs interest to also manage ports apart from the company was enough ground for not seeking ÔÇśNo Objection.ÔÇÖ

She referred these questions to Privatisation Commission executive director Jimmy Lipunga who said he was in a meeting and would revert to us. He has not.

Asked on the uncompleted documents that should be read with the concession, Malongo said government hopes all the documents will be completed in three monthsÔÇÖ time. She said Mota Engil cannot start operations before then.

But in an interview last week, Rodrigues said they want to start operations by January 1 2013. Mota cannot start operating the ports before they develop a business plan, according to the Ministry of Transport.

Weekend Nation has established that it is only from October this year that government, through the Department of Marines and the mother ministryÔÇöTransport and Public InfrastructureÔÇöhas started chasing papers to normalise the concession eight months after the signing.

However, Rodrigues blamed the delay on governmentÔÇÖs slowness in assessing the ports to ascertain the present state of affairs.

According to the concession, government will be getting its cut from the ports business through concession fees to be paid based on annual profits which Rodrigues says may only begin trickling in after five years of operations.

ÔÇťGovernment has also to resolve the issue of retrenchment of staff. We are currently negotiating entry fees the government may have to use to retrench the staff,ÔÇŁ said the Mota Engil chief.

The concession document states that Mota Engil will have to employ some of the staff currently on the ports of Chilumba, Nkhata Bay and Chipoka.

Rodrigues confirmed this in an interview, saying ÔÇťwe will actually ensure we increase staff on each port to 200, which will mean employing 600 people at the end of the day.ÔÇŁ

There are currently 110 employees across the three ports, according to Ministry of TransportÔÇÖs Malongo.

Chilumba, Nkhata Bay and Chipoka ports have the following equipment, which Mota Engil will take over:

Monkey Bay is the only port with a floating dock on Lake Malawi which also handles ships from Tanzania but it has no container handling equipment like Chipoka and Chilumba.

According to the concession, the Malawi Government is responsible for all the liabilities of Lake Malawi ports ÔÇťas at the commencement date even if the liabilities are not identified at that date.ÔÇŁ

Rodrigues said Mota Engil will invest K2 billion to ensure the ports come into full operation and make them a viable business.

According to a November 14, 2011 letter from former Transport Ministry principal secretary Randson Mwadiwa to ODPP, government approached Mota Engil to rehabilitate the ports.

ÔÇť…we have approached Mota Engil to consider rehabilitating the ports of Nkhata Bay, Likoma and Nkhotakota in partnership with government,ÔÇŁ wrote Mwadiwa.

Initially, government was to do the job on its own at an estimated cost of K1 billion.

ODPP did not issue the requested ÔÇśNo ObjectionÔÇÖ, according to documents; hence, this contract could not start.

ÔÇťWe are unable to review your request because minutes of the lPC meeting in which they discussed this matter were not attached. We would like, therefore, to request your office to send us the required minutes for us to proceed with the review,ÔÇŁ wrote a Arnold Chirwa, assistant director for monitoring and evaluation at ODPP on November 24 2011.

Rodrigues hopes that the current arrangement where Mota Engil will rehabilitate the ports is based on the fact that the ports should begin working on the basis of the March 14 2012 concession.

ÔÇťWe run the Malawi Shipping Company; therefore the ports are crucial to the efficiency of the process. We intend to invest K2 billion to bring the ports to international standards,ÔÇŁ he said.

Asked how they got the concession without a tender, Rodrigues said ÔÇťthe move was from government.ÔÇŁ

ÔÇťThey had a problem and found that we could be the solution,ÔÇŁ he said.

Rodrigues parried suggestions that Mota Engil got the concession because government has a soft heart for them.

ÔÇťI donÔÇÖt see any soft heart, what I see is a company with the courage to invest. The ports were there for many, many years and nobody wanted to take them. For Mota Engil, the ports are important because we have a concept for a multi-model kind of transport,ÔÇŁ said Rodrigues.

He defended the agreement that governmentÔÇÖs cut will come from profits, arguing stakeholders will be given chance to check their books.

ÔÇťWe are [a listed company], so we are audited internationally and locally. Government will have access to our accounts. We cannot hide money,ÔÇŁ he said, adding locals are also welcome to take 49 percent of the project.

ÔÇťSo far as consolidating business in Portugal is concerned, we have to have 51 percent. In all our businesses, we are able to offer 49 percent. Those willing to invest can come and join us,ÔÇŁ Rodrigues said.

Mota Engil has been in Malawi for over 20 years, winning most of the construction work, particularly in the second democratic rule of Bingu wa Mutharika. 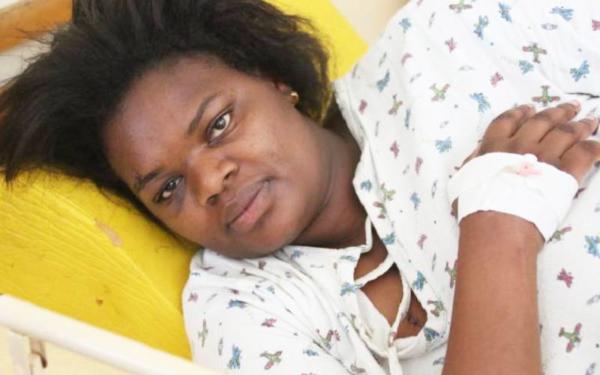 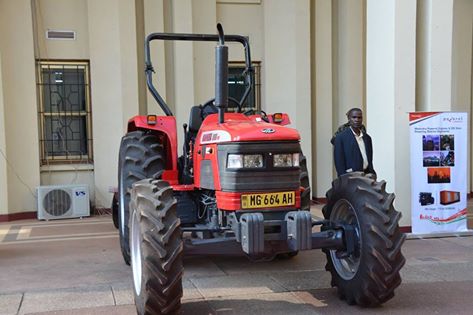