South African supplier of engineering equipment Barloworld has entered into a contract with Malawian coal firm Mchenga Coal Mines to supply econcrete pipe plant pricequipment to the mining firm, which
has embarked on a resource expansion project in its Livingstonia coalfield in northern Malawi. The equipment that Mchenga Coal Mines has bought from Barloworld includes a dump-truck, a new bulldozer,
front-end loaders, compressors and conveyor structures, and also mine environment and safety equipment.

Mchenga Coal Mines MD Rafik Gaffar explains that his company bought the equipment because it has planned ŌĆ£a more intensive drilling regime in selected areas of the coalfield with a view to better map coal deposits and firm up coal reserves. Our goal is to ensure efficiency, improvement and increased production,ŌĆØ he says.

He reports that the two companies have also signed a service agreement, which binds Barloworld to assist in repairing the equipment.

Mchenga Coal Mines, which has only one operational mine in the northern coalfield and is the sole supplier of coal to the manufacturing industry in Malawi, apart from exporting the raw material to a Tanzanian cement firm, Mbeya Cement, produces about 5 000 t of coal a month.

Gaffar says the demand for coal is, however, growing in Malawi and the company is pursuing the expansion programme to meet the demand, which is pegged at over 8 000 t a month.

He says through its expansion initiative, the miner has planned to increase the production to 8 000t a month by March 2005. 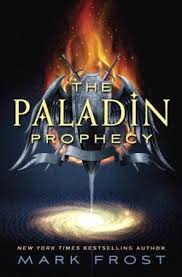