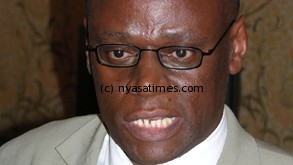 We, the Concerned Citizens of Malawi, would like to express our concern over the government’s stifling of debate over the issue of Homosexuality in this country. We particularly cite the government’s recent unilateral decision to suspend anti-gay laws. We question this selective application of the law for the following reasons:

• There are other laws such as that pertaining to the Death Penalty which still remain in force and yet have not been selected for suspension. We seriously question the Government’s reason for this selective bias.
• There is no global consensus on the issue. In democracies like the United States, certain states such as Texas retain the Death Penalty and the Republican Party espouse traditional values as a matter of principle and oppose same sex unions. Yet, the Government of Malawi is taking a dogmatic approach and moving towards concluding on the matter without the participation of the general public. We are aware that the subject of same sex relationships is contentious and Malawi should not be made the exception.

• There appears to be an invisible hand influencing the position of government on the matter
• Malawians are being stifled from engaging in debate on the matter
As citizens of this country exercising their right to religious belief, we believe that Homosexuality runs counter to God’s created order for the family, and that major religious texts contain no affirmation
of homosexual activity.

We believe that homosexual conduct is out of harmony with God’s purpose for human beings; and that it is in violation of religious and social norms and are aberrant and deviant behavior.

In view of the above, we the Concerned Citizens of Malawi demand the following:
• The Government of Malawi to immediately lift the suspension on Gay Law and encourage debate on the issue
• The Government of Malawi desist from making unilateral decisions without the consent of the citizens in Malawi.
• Members of Parliament engage with their constituents before debating the issue in the National Assembly.
• That the issue goes to a Referendum as a way of engaging the citizens of this country in this debate
We the Concerned Citizens append our signatures to this petition in support of these demands: