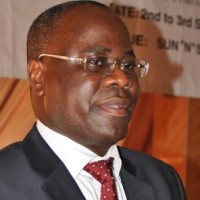 A poor and erratic attendance of cabinet ministers at a high-level Malawi Economic Conference in Lilongwe jointly organised by the International Monetary Fund (IMF) and the Malawi government angered some participants at the conference who accused the politicians of lacking seriousness.

Following the official opening of the conference on Friday morning, only Minister of Finance Ken Lipenga, Minister of Economic Planning and Development Atupele Muluzi and Minister of Agriculture Peter Mwanza remained and took part in most of the sessions.

Minister of Education Eunice Kazembe, Minister of Industry and Trade John Bande and Minister of Irrigation and Water Development Richie Muheya also showed up but briefly at the conference.

Sunbird Hotels board chairman Leonnard Chikadya raised the concern towards the end of the meeting, saying it would have been appropriate if all or the majority of the 23 ministers attended the conference religiously since all the issues raised would require the government attention to be addressed.

Chikadya said it was disappointing to see only few ministers at the conference looking at its importance to the country, saying he expected more ministers to be present so that they could capture issues related to their respective portfolios.

He said the absence of other ministers signalled lack of seriousness on the part of the ministers.

“If it was 2014, we could have forgiven you because some of you would have been busy with campaign. Please extend our concern to your fellow ministers,” said Chikadya, attracting a huge applause from fellow participants.

By this time, only Lipenga, Muluzi and Muheya were present in the conference.

However, Reserve Bank Governor Charles Chuka and his three deputies Mary Nkosi, Grant Kabango and Naomi Ngwira participated fully in the meeting which saw many senior international and private sector executives travelling all the way from Europe, America and Blantyre and entirely attending the conference.

Secretary to the Treasury Radson Mwadiwa, Principal Secretary at the Office of the President and Cabinet Newby Kumwembe, Secretary for Economic Planning and Development Ted Stimawina and Secretary for Trade Nebert Nyirenda were also present throughout or in-part during the conference.

Commenting on the concern during a press briefing after the meeting, Lipenga said he agreed with the observation and promised that in future, other ministers would be encouraged to attend such important meetings.

“It so happens that other ministers do have other things to do as well which required their attention,” said Lipenga, adding: “But the president encourages us to work in clusters. So even though some of our colleagues were not here, you can be assured that we will take a report to cabinet and we will make sure that all the other ministers are fully appraised.”

Discussions centred on what needs to be done to promote and achieve growth that significantly lowers incidences of poverty in the country.