Female sex workers in Malawi on Thursday launched an advocacy grouping with committee members from across the country.

The committee seeks to protect the sex workers’ interests and fight for social justice and equality in health services.

Human rights lawyer Chrispin Sibande encouraged the alliance members to go ahead with advocacy work even without registering their grouping arguing that prostitution is not illegal in Malawi and no one would arrest them.

Sections 145 and 146 of the Penal Code prohibit men and women from living off earnings from prostitution while Section 147 prohibits keeping of brothels.

“This will not be easy but time has come for you to discuss your issues, about how the Police and the courts treat you and how you can access sexual and reproductive health services without any hassles,” Sibande told the new committee.

The committee members, selected among the 50 who attended the launch from across the country, are Loretta Mkulichi as chairperson, Annes Linje as vice, Esther Chimbewa as secretary general and Mphatso Chibwe as vice, Zinenani Majawa will be publicity secretary with Chipo Mittawa as her vice.

Speaking at the launch of the alliance, National Aids Commission board chairperson Mara Kumbweza Banda said by empowering the female sex workers, there could be high condom use, increased HIV testing and counseling, screening for sexually transmitted infection and increased access to anti-retroviral therapy among on the most marginalised groups.

“In turn, increased access to these services will in the long run contribute to reduction of new infections,” Banda said.

HIV prevalence among female sex workers is estimated at 70 per cent but the group remains marginalized when it comes to HIV programming at a large scale.

UNFPA programme officer on HIV/Aids Humphreys Shumba said sex workers were an important grouping in the fight against HIV and could no longer be ignored.

UNAIDS country representative Patrick Brenny said stigma and discrimination of sex workers continued to exist and this undermined the best efforts in fighting the HIV pandemic.

The female sex workers were brought together by an NGO consortium which works with sex workers and other marginalised groups Pakachere Health Institute, Foundation for Community Support Services, FPAM, Society for Women and Aids in Malawi, PSI Malawi, Red Cross, My Village Organisation and Youth Net and Counselling among others.

POLICE TO USE NECESSARY FORCE TO SAFEGUARD PEACE-IG 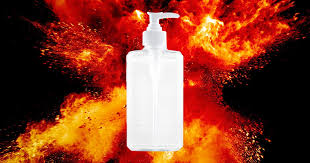