On a gray Wednesday morning in the Malawian capital of Lilongwe, a group of young people perform a skit for philanthropist Melinda Gates who has come to visit their recreational centre, a drafty room with wooden, board walls and a corrugated iron roof that don’t quite meet.

In the skit, a persistent teenaged boy tries to pressure his unwilling girlfriend into having sex.

“If you want to have sex, we’re using this,” she says, pulling a condom out of her back pocket.

The boy is affronted and bellows excuses.

“Okay, if you don’t want that, maybe this one,” says the girl, pulling a female condom out of another pocket.

There are titters of laughter from the teens, members of the Lilongwe Youth Action Movement, a part of the Family Planning Association of Malawi (FPAM). Gates is as amused as they are.

“I’ve seen a lot of dramatisations over the years out in villages. I’ve never seen anybody dramatise a woman trying to negotiate a condom with her partner,” she laughs later on. “They did a great job with that.”

Meanwhile, doctors and specialists are in short supply. The country’s only medical school, set up in 1991, produces just over 20 doctors a year and, in a country of 13-million, there are less than 300 doctors.

Girls often marry young ā the legal age for marriage us just 16 ā and have large families. But the consequences of early motherhood can be deadly.

“Those are the girls who very often have very little power in their relationship to negotiate to use contraceptives. So they first have babies too soon, and then they have them right on top of each other, and again they’re much more likely to die in childbirth,” says Gates.

Family planning services could give women the ability to decide on the size of their families, and to choose the timing and spacing of their births.

Family planning
Investments in family planning can have a sharp impact on a country’s development. Analyses have shown that every dollar spent on family planning saves six dollars on development in other areas like health, housing and water, making it a smart investment in a country where nearly two thirds of the population live in poverty.

“[Malawi] should see very quickly, the start of a change in the next generation for women, which means women will stay in school longer, [and] have more economic benefit from that, which we know ploughs back into the family,” she says.

Girls who stay in school are more able to contribute to growth ā when 10% more girls go to school, a country’s GDP increases by 3% ā and women who have access to disposable income are more likely than men to reinvest their money into education, nutrition and healthcare for their family, creating a multiplier effect for development.

Gates has frequently called for women to be at the “centre of the issue”, by making sure they are educated about contraceptives and have access to their preferred choice of contraception.

“Those two things will change things. It means girls can stay in school [and] go all the way through secondary school so at the other end they have a different trajectory for economic output for themselves and for their family,” she says.

Changes in the community
It’s furnished with battered plastic chairs, darts board, a pool table and chess set. There are also charts with line drawings of the female reproductive system, a wooden phallus for condom demonstrations. Posters with pictures of a recent beauty contest held to find “Mr and Mrs Liyam” ā the winners had to be both good looking and knowledgable about sex education ā line the walls.

Maureen Phiri (18), who chairs the youth movement, appealed to Gates to keep funding their movement. “If this can be worked on to be made bigger, we can make bigger changes in the community,” she says.

Phiri joined ‘Liyam’ when she was 15, seeking relationship advice. Her boyfriend was pressuring her into sex and she had nowhere else to turn. After three years, she chairs the group and is active in sharing information on sexual health and rights with other young people

“I knew that somebody else was being troubled with the same issues,” she says. “They keep it to themselves and they discuss it with people who themselves don’t have information.”

Gates has nothing but praise for the youth group. “Sometimes we take so for granted how important the youth piece is in this,” she says.

The youth centre is the only one of its kind in the community. Whether they’re there to learn more about sexual health, or just to meet their friends to play cards is immaterial ā experience has shown that merely providing safe places where people can gather and discuss issues that affect them can have a profound effect on advocacy work.

“Even if they’re there playing pool or there playing darts, eventually it transitions into all the messages that they [FPAM] want to get across,” she says. “We’ve seen it work in a profound way in India.”

Full bloom of youth
The youth groups’ message is desperately needed in Malawi, where many young people become sexually active in their early teens.

At the FPAM clinic in Lilongwe, the women queuing for family planning services, many of them with babies strapped to their backs in traditional cotton slings, are still in the full bloom of youth.

The legal age for marriage in Malawi is 16 and there is a growing lobby pushing for it to be increased to 18. But without buy-in from communities, there’s no telling whether the law will be enforced.

Gates is well aware that advocating for family planning in a society that is deeply conservative and for which large families are often a source of pride, can only be done if there is broad buy-in from decision-makers at all levels.

In Malawi, this means getting tribal chiefs on board because it is they who can show villagers that keeping girls in school for longer can bring greater economic empowerment, she adds.

Shortly after meeting with the youth, Gates travels to Malawi’s State House, to meet with tribal chiefs and Malawian President Joyce Banda to discuss ways to partner on programmes to improve family planning and rural development.

Frustration with aid organsations
After discussions held behind closed doors, Banda announces plans to implement agricultural and financial programs for deep rural people. “In early January, the Bill & Melinda Gates Foundation will return to Malawi to go into rural areas with experts, to form partnerships,” she says, commending.

Agriculture is another of the foundation’s focus areas, and it runs programmes to help local farmers grow drought resistant and biofortified crops, and to find new markets.

Banda ā who expressed frustration with aid organsations who “go in and do it wrong, and waste resources, and leave” ā commended the foundation for its consultative approach to providing aid.

“They come in realising that when they partner with us, they can achieve more,” she said.

“Africans and Africa have got good leadership. We know what to do to get from point A to point B,” said Banda.

Malawi’s no-nonsense president has won admiration from around the goal for her willingness to make decisions that are not always popular. In June she took the bold step of refusing to allow Sudanese president Omar al-Bashir, who is wanted by the International Criminal Court on charges of genocide, from attending an AU summit that Malawi was due to hold. She has also called for the overturning of laws that criminalise homosexual acts.

Banda is a fierce proponent of maternal and child healthcare, her passion driven by deeply personal experiences. Her childhood friend, denied the opportunity to study after high school, married at 18, had eight children and still lives in the same village where they spent their youth. As an adult, Banda resisted cultural expectations and left her abusive husband after years of marriage.

Malawi is working hard to change the state of play, embracing novel strategies suited to the local context.

In April Banda launched a presidential initiative on maternal health, which has focused on training midwives, building shelters for pregnant women who may need care far from home, and mobilising chiefs and communities.

The country is also looking at ways to provide patients with integrated health services, where family planning, cervical cancer screening, voluntary counseling and testing for HIV and treatment for sexually transmitted infections, including HIV, are offered under the same roof.

“These are common problems women are facing. The best way to look after them is under one roof,” says Dr Frank Taulo, director of the College of Medicine at the University of Malawi.

This system ā considered best practice for healthcare ā ensures that a woman can get all the healthcare she needs without being shunted from one department to the next.

Taulo says that with better access to healthcare, Malawi is seeing a reduction in the number of cases of obstetric fistula ā a medical condition in which a hole develops between the rectum or bladder and the vagina, following a difficult birth.

Tough questions
Unsafe abortions ā the cause of almost a quarter of all maternal deaths in Malawi ā has also seen a massive decline since the health ministry set up a programme to offer post abortion care, even though abortion itself is illegal.

Concerns are now turning to cervical cancer, which Banda has described as “an epidemic”.

“It’s easily preventable by screening but women don’t have access to screening services because there are not many [facilities] in the rural areas,” says Taulo.

One way to protect young girls would be to bring in the HPV vaccine. “I think that’s a must to protect the girl child not to contract cervical cancer,” he says.

Taulo, one of the few specialist obstetricians in the country, is a firm believer in the value of family planning services.

“I was born in a very big family of 12 siblings and it was not easy growing in that family. Resources were very scanty,” he says.

“The things I missed as a child, which my friends were having ā a good life, a good school ā I want to give it to my children. And that actually drove me to say I’m not going to have a big family, which is tough in Malawi. I have a daughter, she’s 18, and no more [children].

“I’ve gotten a lot of tough questions from people ā¦ negative comments and all that and I say ‘You don’t know where I’m coming from.’ To me, I’m giving her what I never had as a young person,” he says. 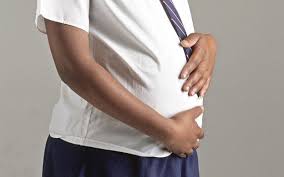 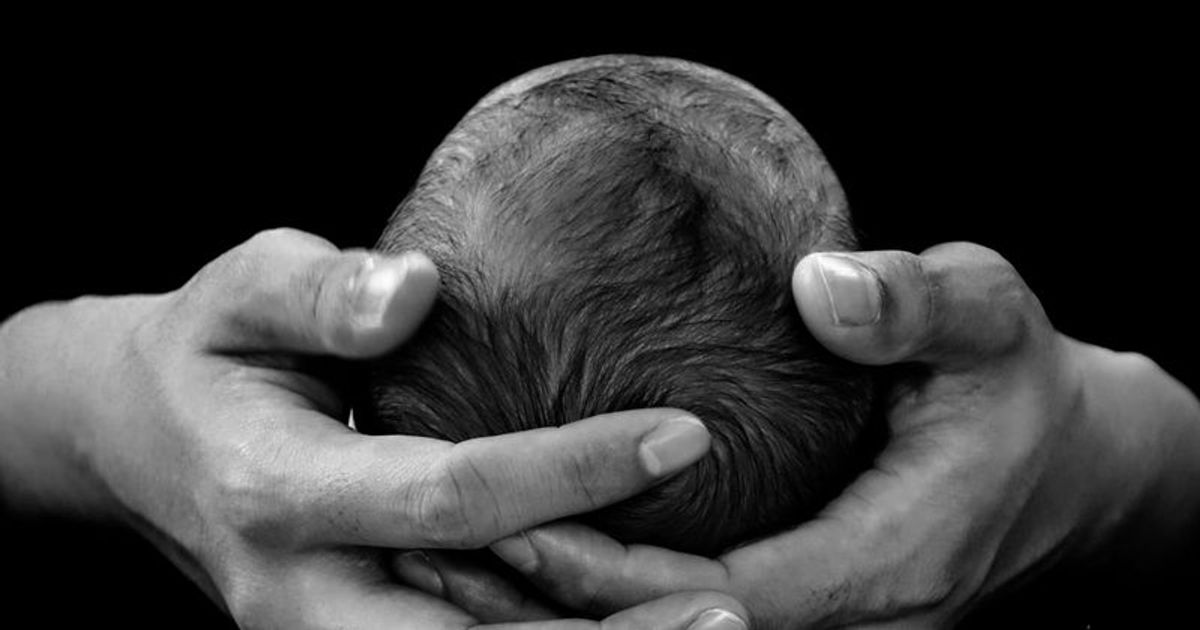 Babyās Decapitated Head Falls To The Floor During Birthing, Resulting In The Team Of Doctors Being Investigated 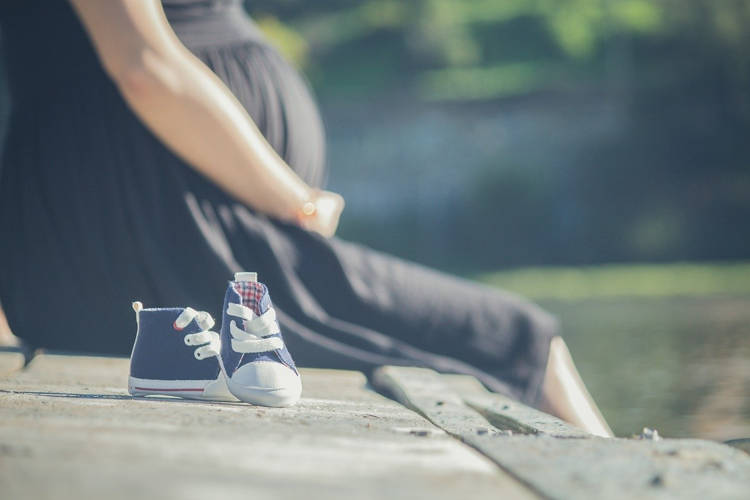