Malawi government has declared that civil servants in the country go on a two week public holiday from Monday December 24 to Friday January 4, and that the December 26 boxing day public holiday that was abolished some years back resume.

The declaration means that after knocking off on Friday December 21 2012, the civil servants will have to report for duties on January 7 next year.

A statement from the office of the president and cabinet, signed by chief secretary Bright Msaka, indicates that those who provide emergency and essential services such as medical, security and immigration will not break during the festive season.

‚ÄúIn this regard, controlling officers of such ministries or departments are required to make appropriate arrangements to ensure that such civil servants who shall work during this period are allowed leave of absence from duty for an equivalent number of days in the course of the New Year,‚Äù adds the statement.

While wishing all civil servants a Merry Christmas and a Happy New Year, the Malawi leader urges them to take care during the festive period and to avoid situations and activities which would jeopardize their safety and wellbeing, or that of other members of the public.

It is not known how much the government will save during the two week break, but with the halting of movement of most government vehicles during the said period, stoppage of use of water and electrical appliances at offices, and allowances, among others.

The statement has however not declared whether the decision to send the civil servants on the said leave is part of Malawi‚Äôs economic reforms which has seen the country adopting an economic recovery plan.

In a related development, Malawians will from this year start again observing December 26 as Boxing Day, which was erased from the list of the country‚Äôs public holidays during the past government rule.

The Joyce Banda led government has ordered the reinstatement of Boxing Day as a public holiday effective this year.

Until the springing to power of the Democratic Progressive Party (DPP) in 2005, Malawians have been celebrating Boxing Day since the days of the first Malawi President the late Dr. Hastings Kamuzu Banda rule.

The Bingu wa Mutharika DPP government quashed the Boxing Day public holiday on the basis that the country had too many public holidays which was counterproductive.

Mrs Joyce Banda became Malawi President on April 7 this year after the sudden death Professor Bingu wa Mutharika, and since coming into power her government has reversed some decisions made by the DPP led government, like the change of the national flag and site of the national stadium sponsored by the Chinese government.

In a statement signed by local government and rural development ministry spokesperson Maganizo Mazeze, the government says that the Boxing Day public holiday has been restored because most Christians still treat December 26 as an important day.

‚ÄúGovernment has observed that many Malawian Christians continue to treat boxing day as a special day in their religious calendar and that it is also celebrated as a public holiday in many countries and societies the world-over,‚Äù the statement reads in part.

Malawi‚Äôs neighbouring Zambia, just like South Africa has 12 public holidays but do not celebrate Boxing Day.

Boxing Day has been a national holiday in England, Wales, Ireland and Canada 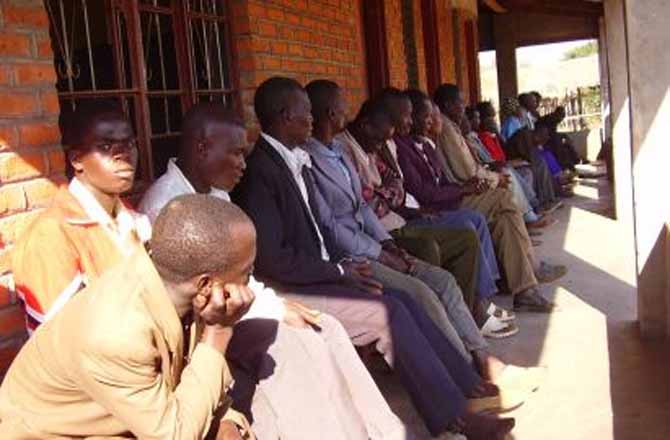 Hospital Patient, 20, ‚ÄòGang-Raped And Murdered By DOCTOR And His Staff‚Äô In Latest Horror Attack To Shock India