The amended Act reduced the number of wards from 861 to 444 with a provision of two wards per constituency and not more than five wards for the municipalities of Luchenza and Kasungu, but this has posed a problem.

Speaking at the opening of a public hearing on ward demarcation in Kasungu on Wednesday, Mec chairperson Maxon Mbendera said following consultation with several stakeholders, it had been proposed that the law revert to the old one so that there is a true representation in the councils.

The commission started the ward re-demarcation exercise soon after the law was amended in 2010 by looking at ease of communication, geographical features, existing administrative areas and wishes of the people.

“In coming up with the new wards, the Commission considered the provisions of the Constitution on demarcation. Those provisions place great emphasis on population density. The intention is that wards in a constituency should be approximately equal. The goal is to achieve equal representation,” Mbendera said.

However, this exercise was curtailed in 2010 when late president Bingu wa Mutharika closed the commission, citing rampant corruption and fraud.

Following consultations with various stakeholders at district council level, the resumed exercise involved printing maps and distributing them to councils and people were expected to give their input on the maps.

The exercise has started in Kasungu and will be conducted in Rumphi and Nsanje on Saturday. 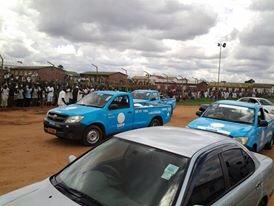 PP hits at Chilumpha for ditching their party 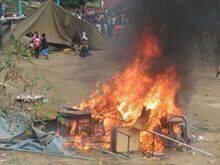