Regardless of popularity or industry impact, these five devices claim the best design, the most-compelling features, and the overall most impressive value among all the hundreds of mainstream tech products released in 2012. Our hats off to all five.

1. Samsung Galaxy S3, the Android hero
It took years of iPhone dominance and many months of Android market leadership for a phone with Google’s mobile operating system to knock the iPhone off its pedestal. The Samsung Galaxy S3 won that honor. The GS3 is a truly global phone, available on nearly every carrier, nearly everywhere. Its large, vibrant HD display represents a growing class of phones with broader form factors, and its delicate balance of Android 4.0 Ice Cream Sandwich, a sharp 8-megapixel camera, 4G LTE or HSPA+ support, and an accessible price make the Galaxy S3 a worldwide hero. (Read the full Galaxy S3 review.)

2. iPhone 5, the most anticipated
The drumbeat of aggressive rumors in the lead-up to the iPhone 5 launch gave the handset a lot to live up to. Finally released in September, nearly six years after the original iPhone, this is the iPhone we’ve been waiting for. The iPhone 5’s anticipated 4G LTE, built-in turn-by-turn directions, and a tall, featherweight design make it a beauty marred only by subpar maps, which have improved steadily since the phone’s launch. (Read the full iPhone 5 review.)

3. Google Nexus 7, the superior small tablet
Certainly not the first 7-inch tablet on the market, Google entered the fray with the Nexus 7 in 2012 and left the competition behind, struggling to differentiate themselves. The tablet’s native, streamlined Android 4.2 OS — flexible and open but friendly — paired with a vivid 1,280×800-pixel-resolution screen and $199 price make it the best small tablet, period. (Read the full Nexus 7 review.)

4. iPad Mini, the luxury latecomer
The iPad Mini arrived so late to the small-tablet race that the competition had already left the starting blocks and rounded the bend. Playing catch-up to the Nexus 7, Kindle Fire HD, and Nook HD proved difficult for the Mini, especially with a lower-resolution screen and significantly higher price than the rest. In spite of those handicaps, Apple’s latecomer earns an impressive silver in the tablet race, thanks to its slighly-wider-than-average screen, fantastically light weight, and impeccable fit and finish. (Read the full iPad Mini review.)

5. Motorola Droid Razr Maxx, the new battery benchmark
Of all the high-achieving smartphones, why would CNET choose a phone from last January for one of our top-5 products of the year? We picked the Droid Razr Maxx because it reset the bar for battery-life expectations. In our tests, the Razr Maxx’s battery life bested the closest competitor by nearly 30 percent, and our real-life experiences with this 4G LTE Android device and its vivid screen keep us brimming with enthusiasm for the slim phone. Because the Droid Razr Maxx got the Ice Cream Sandwich OS update in the fall and an HD sibling (the Droid Razr Maxx HD) our recommendations sticks: this is one of the best phones on the market. (Read the full Motorola Droid Razr Maxx review.)

These products made an impact in 2012. Some received mixed reviews and some won raves, but all five made us sit up and take notice.

1. Windows 8, the industry shaker
Love it or hate it, Windows 8 picked up the previously predictable world of desktop operating systems and shook it — hard. The new operating system and its multiple iterations forced hardware manufacturers down the road to a completely different UI built around the startlingly different-looking interface. (What’s the difference between Windows 8 and Windows RT? It’s not an easy distinction.) Aimed at a touch-based experience, the new OS pleased some and launched an army of interesting new, convertible Windows laptops such as the popular Lenovo IdeaPad Yoga 13. But the OS also made many a user question the fate of the traditional Windows machine. (Read the full Windows 8 review.)

2. Samsung Galaxy S3, leading the Android charge
Also our best product of 2012, the GS3 and its epic, relentless, and clever marketing campaign made this phone the first ubiquitous non-iPhone since the BlackBerry. A global powerhouse and a less expensive alternative to the iPhone in many cases, this phone doesn’t excite design snobs, but no one else seems to care. (Read the full Galaxy S3 review.)

3. Microsoft Surface, the Metro vanguard
As CNET’s Eric Franklin says in his review of Microsoft’s risky, experimental Windows 8 tablet, the Windows RT hardware “takes a legitimate swing at replacing your computer and comes closer to hitting the mark than any tablet before it.” The risk may or may not pay off — reviews are mixed, the price tag a steep $499, and sales lukewarm — but Microsoft’s first self-made hardware since the Zune puts on a brave, creative face, and if the idea succeeds, Surface may signal the laptop’s death knell. (Read the full Microsoft Surface RT review.)

4. Google Nexus 7, the price warrior
Our third favorite product of the year, the Nexus 7 also makes a bold statement about exactly how low tablet price tags can go. At $199, the full-featured 7-inch tablet provides access to the most recent Android tablet OS and the entire Google ecosystem. In contrast, the iPad Mini costs $329 and the Kindle Fire HD, though also starting at $199, is sold by Amazon at cost and with the limitations of the closed Amazon ecosystem. (Read the full Google Nexus 7 review.)

5. MakerBot 3D Replicator, the invention engine
Announced at CES 2012, the MakerBot opens mind-boggling possibilities for people who like to invent for fun, for work, or for any other reason. This is the first truly commercial home 3D printer at a price within reach for many. For $2,000 and the cost of materials, you can print pretty much anything you can design, from toys to jewelry. Inventors use these printers for prototyping, and crafters use them for embellishment. Certainly, this printer will improve (and needs to) in future generations, but the promise and accessibility of this inspiring device should spawn a generation of home-based engineers. (Read the full MakerBot 3D Replicator review.)

We pulled all 10 of these choices from CNET’s giant, year-end CNET 100 retrospective. To pare a year’s worth of stories into our tidy list of the 100 biggest technologies, trends, news stories, and people, the entire CNET staff submitted up to 10 nominations each, then voted to rank their top picks. A board of editorial leaders from CNET News and CNET Reviews then took that list into three long, closed-door sessions in which we cut the list down to 100, then ranked, consolidated, and made the final call.

Leaked iPhone 6 schematics turned into renders of the smartphone 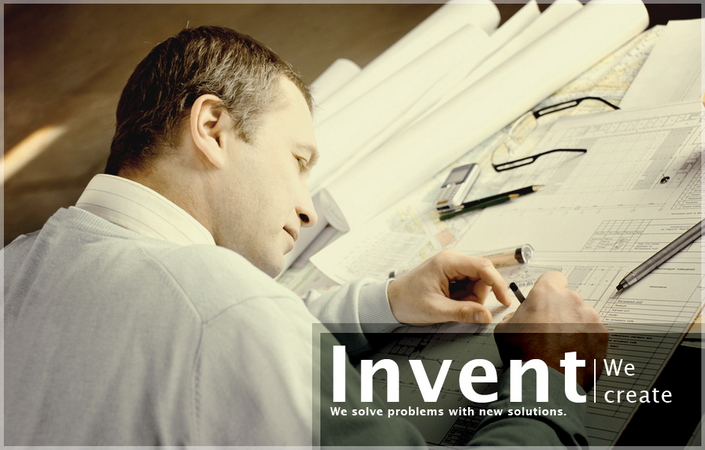