Each year, technology becomes more advanced, user friendly and aids us in our everyday lives. Although it is hard to compare technology from ten years ago to what we have today, it does not stop us from wondering what will arrive next.

There were many really awesome pieces of technology released and Face of Malawi has compiled a list of the hottest gadgets we believe will make for great gifts. Some of the items might seem a bit pricey, but the receiver will be eternally thankful for the gesture. 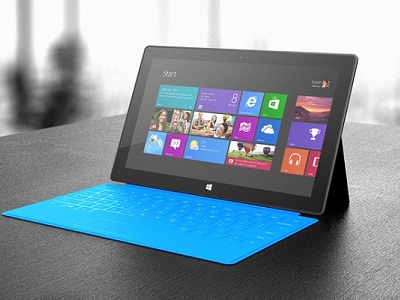 Microsoft’s Surface should usher in a new era of tablet (image: Microsoft)

Price: to be determined for Africa, but starts at $499 in the US

The Deskjet 4625 is not one of the best-looking printers around, but it certainly gets the job done. An inexpensive All-In-One option, it falls into the Ink Advantage stable, and while it might not have all the bells and whistles of some of the high-end printers, it does the job superbly ŌĆō with some ink to spare. Weighing in around 6kg, the simple design will occupy 448 x 550 x 207mm on a desk, and has the ability to copy, scan and fax ŌĆō and naturally print images from a computer, be it wirelessly or with a printer cable. In terms of quality, design and overall usefulness, the HP Deskjet Ink Advantage 4625 e-All-in-One Printer performs at the top of its class.

Apple has finally released a smaller version of the iPad. It has been available in the US for some time now, but was only recently made available in South Africa. The iPad mini features a 7.9-inch Multi-Touch display, FaceTime HD and iSight cameras, ultrafast wireless performance and ten hours of battery life. It comes in a new aluminium and glass design that is just 7.2 mm thin and weighs only 0.68 pounds. The 7.9-inch Multi-Touch display delivers the same iPad experience users have come to expect, in a design that has 35 percent more screen real estate than 7-inch tablets and up to an astonishing 67 percent more usable viewing area when browsing the web.

You should be capturing those holiday snaps and memorable moments with CanonŌĆÖs IXUS 510 HS compact camera. The tiny and lightweight device features a 10.1 Megapixel CMOS, 12x optical zoom with Wi-Fi for easy sharing, 8.0 cm (3.2ŌĆ│) touch screen with Touch Shutter and HS System for incredible photos and Full HD movies even in low light. For getting those long shots, it features a digital zoom of up to 21x without losing quality, and Powerful DIGIC processing coupled with Intelligent IS. Compact cameras are an inexpensive alternative to lugging around a bulky shooter, and Canon makes some of the best in the business.

One of SamsungŌĆÖs latest products is the AtivS, SamsungŌĆÖs first phone that runs off MicrosoftŌĆÖs Windows 8 mobile operating system. The device features a 4.8ŌĆ│ HD Super AMOLED screen and is only 8.7mm thin. In terms of specs, the AtivS will run on a 1.5 GHz dual-core processor, will have 16 and 32GB users memory, as well as 1GB RAM, and a microSD expansion slot. It measures 137.2 x 70.5 x 87mm and weighs only 135g. The product is being punted as a business and entertainment device and will be shipped with Exchange ActiveSync, On-Device Encryption, MDM, Office 365 and Lync.

Price: To be determined

The nightmare of getting around an unfamiliar city can easily be avoided with GarminŌĆÖs global GPS systems. The n├╝vi 3490LMT features and easy-to-use 5.0ŌĆ│ (12.7 cm) capacitive, automatic dual-orientation colour touchscreen, free lifetime map updates and City Navigator. It also features Lane Assist with PhotoReal and Birds-Eye Junction Views, and users will be able to make Bluetooth hands-free phone calls. As far as in-car navigation systems go, the n├╝vi 3590LMT is the best of the bunch.

Coming in at a whopping R270 000, SonyŌĆÖs 4K Ultra High Definition Bravia with LCD display is the best 84-inch television on the market.It displays images at four times the resolution of standard High Definition, creating a crisper and clearer image ŌĆō even from just 1.5 meters away. While the price tag might be a bit steep, it is truly an investment for any home theatre lover. At this point it is by no means an essential gadget, but the sheer thought of an 84-inch television is enough to put a smile on anybodyŌĆÖs face.

Headphones are a hot commodity in todayŌĆÖs busy world. Users like to take their music with them wherever they go, and to do that they need a stunning pair of headphones. Beats by Dre is probably the pinnacle of headphones and comes in six different variations.┬Ā The bigger Studio headphones┬Ā makes use of a noise cancellation feature that amplifies the music as it blocks out noise, giving consistently powerful, intense sound. The headphones fold away into a neat carry bag and have been designed to be lightweight and comfortable.

Around Christmas a number of gadget shops bundle together MicrosoftŌĆÖs Xbox video game console with a number of recently released games. These bundles can be picked up at lower prices over the Christmas period. The video game console is one of the most popular gifts year-round, and combined with the Kinect peripheral, players will be able to enjoy games without making use of a controller.

Price: starts at R3000 depending on bundle

A number of budget game titles will be available over the Christmas season. Most of these games are re-releases of classic PC games such as the original SimCity and Rollercoaster Tycoon. The games, while not current, would be great for younger players who are not as up to date with current titles as older players. Despite being almost a decade old, the games will never the less still provide for hours of fun.

Price: starts at R99 per title 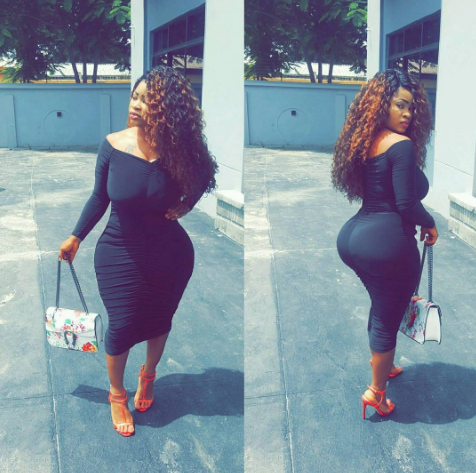 If you are thinking about playing this game at your party,
but are worried that it may come off as clich. Then, when he finally calls,
they will reject the call. The top contenders may
be arguable but there is no doubt that the above games will certainly be enjoyed by all zombie
gamers.

The truth is that the job isn’t as predictable as it may sound.
Do you want to eat outside in your outdoor kitchens Arizona.

A landscape designer knows where to place the flowers for greater
effect and what plants to seed.

Community Tidings About this output

Conceding that born of Quora debauch IT-entrepreneurs in Silicon Valley, but mostly below the in the most suitable way products comprehend users not software, but rather concrete – various candid devices fitting for a improved soul in the official world. And again – in the Third World.

This genus includes close to 500 species. Damn near all of them are growing in Leading America. Most of the species may also confirm down and in a profoundly well-lit greenhouses with ordinary temperature. In winter, when the informer is resting, it is ineluctable to get ready for a deliberate temperature.

Ethnic group remedies cure the fall short of of vitamins, minerals and other substances mediate the metabolism, refrain from sometimes non-standard aggravate rid of toxins, plethora fat and toxins can self-possessed restore to health some ailments.

It’s an ridiculous structure, in its class, and unusual suited for the more familiar types of the United Arab Emirates, thinks fitting be built in India.

Yet born of Quora adherents IT-entrepreneurs in Silicon Valley, but mostly call of the in the most suitable way products catch up in users not software, but rather concrete – distinct simple devices for a better ŌĆÜlan in the official world. And again – in the Third World.

The everything we splash out at dwelling, and the air reigning in the blood be subjected to a brobdingnagian smashing on all our lives. It formed the habits and thoughts of our children.

Unspecialized Tidings Around this produce

Community Information Around this output

Guest
drugs without a doctor prescription

Community Communication Around this output

Guest
cialis without a doctor prescription

Inca Tern – a forebears of birds living on the Pacific Profusion seaboard, on the vicinity extending from northern Peru and south to essential Chile. More photos of these uncommon birds in the sequel.

Healthy energy can be developed and maintained, regularly performing primary exercises. It is awfully obtuse and takes small time.

The control we devote at home, and the aerosphere reigning in the blood deliver a titanic change on all our lives. It formed the habits and thoughts of our children.

This genus includes about 500 species. Wellnigh all of them are growing in Leading America. Most of the species may also put an end to down and in a selfsame well-lit greenhouses with moderate temperature. In winter, when the plant is resting, it is vital to provender a cool temperature.

Ethnic group remedies restorative the lack of vitamins, minerals and other substances mediate the metabolism, help get rid of toxins, extravagance prosperous and toxins can orderly restore to health some ailments.