President Joyce Banda has asked beneficiaries of her food handouts to remember her gesture during voting in 2014.

Speaking yesterday at a rally she addressed in Traditional Authority Kawinga’s area in Machinga, Banda said she would continue with distributing food to those who need it.

She said the exercise was another means to ensure that she remains in touch with people at the grassroots who will vote for her.

In her address at the rally, Banda said it is her responsibility as a leader and any other person who claim to be one to ensure that Malawians are not starving.

“I am a leader of the PP and all these people you see here sitting with me are also leaders. That is why I am going around distributing food to those who don’t have.

“There are also leaders in DPP, UDF and other parties and I am saying they should also do the same and bring food to you. When someone comes to you and ask you to vote for them, ask him or her, what they have done to you before to warrant them the position. As for me you just have to remember the bag of maize flour that I’ve brought you today,” Banda said.

The president added that her food handouts are only a continuation of her traditional culture of assisting the needy.

“They are busy telling me to stop distributing maize flour. They want me to stay in the comfort of my house while you my people are suffering. I want to tell them I can’t do that. I want to say this, I will distribute this maize flour up until March,” Banda declared.

The president’s remarks come amid public calls for her to stop personally distributing the handouts, arguing the exercise is costly.

A local consumer rights group, the Consumers Association of Malawi (Cama), which is organising street protests has also listed presidential local travels on its six- point petition to be presented to the president during the demonstrations scheduled for January 17. 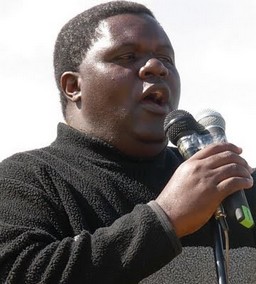 PP denies receiving vehicles from Lutepo, claims it will not suspend him 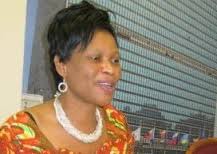 Does Joyce Banda Malawians as stupid to vote for her because of receiving rotten maize flour? She must be assured the beneficaries already knew her hidden agenda and will not vote for her.