On 20 June 2012, a group of undocumented Ethiopian migrants boarded a boat on the shores of Lake Malawi and headed southwards. A few minutes after departing, the overloaded boat sank, drowning 49 of its passengers.

ŌĆ£From the lake shore, one could see what looked like a piece of paper floating on the lake. But when fishermen, paddling their canoes, went to check it out it turned out to be several human bodies,ŌĆØ recalled Grecian Mbewe, Centre for Human Rights and Rehabilitation district coordinator for Karonga, in northern Malawi.

According to Joseph Mwandege*, who claims to be part of a syndicate that smuggles migrants, mainly from the Horn of Africa, through the country in a bid to eventually reach South Africa, the use of boats to cross Lake Malawi gained popularity after land routes became too risky.

ŌĆ£We work with a group of police officers. They are the ones who advise us on security locations. Unfortunately, there are times when a group [of police] that is not involved in the syndicate manŌĆÖs security check [points],” he said. ŌĆ£When such a scenario occurs, the group [of migrants] can be intercepted any time because all the routes they take are pre-arranged based on advice from our police friends.ŌĆØ

Travelling on the lake at night became the preferred alternative.

Mwandege said groups of migrants entered Malawi near the Songwe border post in Karonga District, on the Tanzanian border. With help from people like him and the police, the migrants waited for night to fall before cramming into small boats to continue their journey southwards. They docked their boats after bypassing several security check points along the roads and moved quickly into the surrounding hills where they could not be seen.

But the events of 20 June brought close scrutiny to the issue of illegal migration. Under pressure from President Joyce Banda, the Malawi Police Service launched a crackdown on those suspected of involvement in the drownings.

Some police officers were suspended and others transferred. Three locals suspected of having connections with the group that died were arrested and initially charged with aiding and abetting illegal entry. The charge was later amended to manslaughter.

The result of the crackdown, according to police spokesperson Solemn Chunga, from Chitipa District, which lies on Malawi’s northern border with Tanzania, has been a change in the pattern of migration movement. Illegal migrants now resort to perilous routes through the bush.

Chunga said key among the areas that have been targeted for ŌĆ£smoother passageŌĆØ was Nyika National Park, a vast wildlife reserve covering some 3,200sqkm. Sitting on Nyika Plateau at about 2,600m above sea level, the park is covered in fog for the better part of the year and is home to a number of dangerous wild animals, including leopards, lions and snakes.

Since June, police in Chitipa have intercepted groups of migrants travelling towards Nyika on seven occasions. In September, they intercepted 47 migrants and their Malawian guide as they tried to enter the northern side of the park. Almost a week later, another 74 migrants were found packed in the back of a truck, heading towards the same area. On being intercepted, one of the migrants gave officials a phone number that turned out to belong to a police officer in Karonga.

Following their arrest, migrants are taken to court and charged with entering the country illegally, said Karonga police spokesperson Enock Livasoni. Undocumented migrants usually face fines of up to 25,000 kwacha (US$71) or sentences of three months of imprisonment with hard labour. After paying the fine or serving the sentence, police hand the migrants over to the immigration department for deportation. “The immigration department just ensures that these people are out of Malawian territory, and it is not necessarily that they are sent back to their home countries,” said Livasoni.

IRIN witnessed vehicles taking migrants towards the Songwe border area, where they would presumably be deported across the border into Tanzania. Migrants intercepted by police in Tanzania typically spend several months in prison before being repatriated to their places of origin.

Refugees and asylum-seekers in the mix

Groups of migrants travelling from the Horn of Africa towards South Africa often include asylum-seekers and refugees who make use of the same routes and smuggling networks as economic migrants. According to the UN Refugee Agency (UNHCR), this phenomenon of “mixed migration” often makes it difficult to distinguish between those entitled to access the asylum process and those subject to local immigration laws.

“In Malawi… we try to assist the government through technical advice and support so that screening can be conducted at the border and those that have asylum claims can be assisted accordingly. Sometimes this is not always possible due to limited resources,” said George Kuchio, UNHCR’s country representative in Malawi.

UNHCR is now focusing its efforts on training newly recruited immigration officers and “offering practical tools that border officials can easily use to determine who is an asylum-seeker.”

Red Cross Malawi, which helped connect a number of survivors of the 20 June boat accident with their families, told IRIN that they had not handled any further cases involving undocumented migrants.

“We assume this is the case because the police have tightened security in all suspected entry points,” said Horace Nyaka, a Red Cross Malawi communications officer. “Because of this tight security, we have the feeling that the illegal entrants are no longer passing through Malawi. They might have found other routes to get to their final destination.ŌĆØ 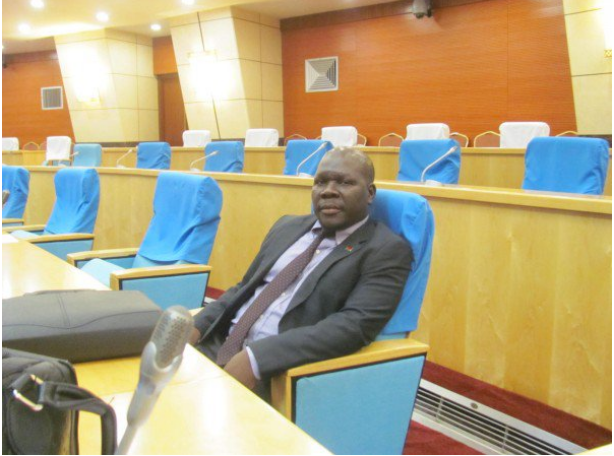