Malawi is a country of rolling hills and marshy flatlands, where 85 percent of the population live in the countryside, most subsisting on less than $2 per person per day, typically from corn and tobacco farming. It is also a country with extremely high maternal mortality. In the U.S., 1 in 2,400 women are at risk of dying while giving birth over the course of their lives; in Malawi, it is 1 out of 36. If the country’s new president, Joyce Banda, has her way, that will soon change.

Banda has created a bold plan to improve maternal care nationwide. The vast majority of births in Malawi still happen under the care of traditional birth attendants, who are often unequipped to deal with potentially lethal complications.

But a national ban on giving birth at home with attendants, established in 2007, didn’t make the dent that Banda’s predecessors hoped it would. Most Malawians ignored it in favor of the customs that have governed their lives for as long as anyone can remember. The problem is not something that can be solved solely through legislation; a massive cultural shift is needed. The question is: how can a government lead such a change?

If Banda is to succeed (and she is up for reelection in 2014), it will depend, in part, on her government’s ability to harness the country’s true power brokers, Malawi’s 20,000 village chiefs — and sensitize them to the dangers of women giving birth with attendants, while still respecting tribal traditions. 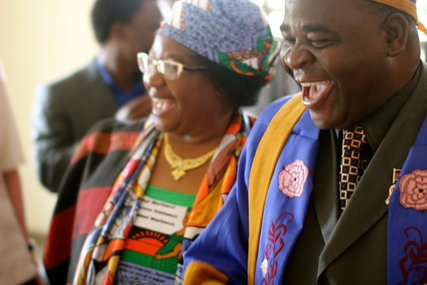 One of these power brokers is Chief Kwataine, who oversees an area called Ntcheu, in central Malawi, home to some 500,000 people. A former English and history teacher, Kwataine dresses in traditional royal blue robes when he’s on official business. His village is a glimpse of what a solution to this problem may look like. Wherever you look, residents have painted slogans about safe motherhood on their homes.

But more important, Kwataine’s villages are undergoing an organizational and attitudinal transformation. It now has 48 “safe motherhood committees” — each comprised of 10 community members who have distinct roles to support health among the villages’ mothers and young children. Family planning counselors, for example, spread the word about modern contraception methods; growth monitors make sure small children are getting the health care they need in the first five years of life.

One role on the committee is especially innovative. So-called “secret mothers,” usually elderly women, serve as liaisons between the expecting mother and the professional health workforce from the time of conception until 42 days after delivery. In Malawian culture, it is inappropriate to share news of one’s pregnancy with anyone aside from one’s own mother, a tradition that has lead young women to forego prenatal care and give birth with unskilled attendants, as most of their mothers and grandmothers have done. 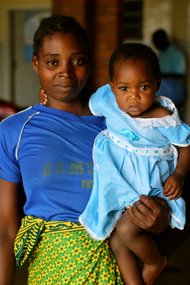 John Cary A sick child awaits care with her mother at the Mbingwa Health Center in the Dowa District of Malawi.

Now, when a woman becomes pregnant, she is required to report her pregnancy to the local “secret mother,” who is responsible for monitoring the expecting woman’s health and ensuring that she accesses prenatal care, delivers the baby in a health facility, and receives postnatal follow-up. “Secret mothers” disrupt the dangerous part of the tradition — giving birth with unequipped attendants, far from modern medical care — while preserving the value of secrecy and intergenerational bonding. In other words, they serve as a life-saving connective tissue between progress and tradition.

There is no simple blueprint for leading this kind of attitudinal change at a national level, but the “safe motherhood committees” are a savvy dissemination tool at the tribal level. They serve as safe, familiar conduits for potentially disruptive, new health information. A similar initiative to reduce maternal mortality in Malawi in the late 1980s failed, in part because it enacted legislation without any attention paid to the customs governing birth or a robust engagement with tribal chiefs.

Chief Kwataine is personally motivated to see this cultural change take root. Several years ago, he directly responded, along with other villagers, to an early morning emergency with a woman giving birth. He placed her onto a stretcher and headed to a health facility, but she died along the way. At the time Kwataine and others accepted a common explanation: the woman had died because her mother-in-law had bewitched her. Later he met a doctor and learned that the woman’s symptoms suggested that she had died as a result of a “breech presentation” (1 in 25 births, where a baby is positioned feet and/or butt first; it is not considered life threatening in proximity of adequate medical care).

Chief Kwataine has stepped up to influence other chiefs, as well, charging them with spreading the word about safer alternatives. As chair of the Chiefs Committee for the national initiative, he recently hosted 60 neighboring chiefs to discuss maternal mortality and outline his own system of “safe motherhood committees.” He has a way to go—so far he has only worked directly with eight of 350 Malawi’s senior chiefs. But he also hosts a daily radio show, where he attempts to speak directly to men about historically female-only issues like delaying marriage and birth, having fewer children at longer intervals and getting to the “waiting homes” near clinics scattered through out the country. (This is another key part of Banda’s initiative; there is currently one “waiting home” operating and seven under construction.)

The effort to empower chiefs to become evangelizers of modern maternity is not without complications. On a recent visit to a clinic in a rural area of Central Malawi, called Dowa, I learned that women who were giving birth with attendants or along side the road en route to a clinic, were being fined — often a goat or a pig. Such fines are common and Chief Kwataine believes that they are effective. (He instituted his own fine in 2007: 5,000 kwacha — about $1— plus a goat.)

But experiences elsewhere indicate that inducements work better. For example, Rwanda, which has made significant improvements in public health over the last decade—provides bonus pay to encourage community health workers to get women to clinics. Between 2000 and 2010, women’s lifetime risk of maternal mortality in Rwanda dropped from 1 in 24 to 1 in 54.

Still, Malawi is important to watch. In 2007, there were 40 maternal deaths in Ntcheu, according to Chief Kwataine. Now with 48 “safe motherhood committees” operating, there hasn’t been a single maternal death in the area for more than three years. President Banda, the second female head of state in Africa, has 16 months left in office and thousands more chiefs to bring along (not to mention 1000 midwives, which she also aims to train through the initiative). 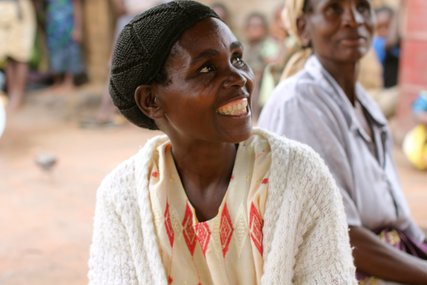 John Cary A seven-year community health volunteer, responsible for 512 households, talks about her work in the Dowa District of Malawi.

One of the world’s leaders in this kind of cultural change is Molly Melching, the founder and director of Tostan, an organization based on Senegal that is credited with the large scale movement to end female genital cutting in the country. Genital cutting is a deeply entrenched cultural practice that also evaded a legislative intervention; Tostan raised awareness about the health and human rights implications of cutting in grassroots discussion groups, slowly building consensus against the practice that led to public pledges.

When I called Melching to inquire about her experiences engaging male influencers to catalyze cultural shifts, she had just come from a training for new parents in Senegal. When it comes to changing human behavior, Melching said that the force of law or even the threat of spirits still pales in comparison to the power of information.

She related how Tostan is now sharing the latest information about brain development with Senegalese parents, the kind of neuroscience that Americans and Europeans are used to hearing: the first 15 days of a baby’s life are critical for brain development, and speaking aloud to them goes a long way in language comprehension and formation later on. Melching said she and her colleagues spent hours getting new fathers, many of them respected leaders in the community, used to these practices. She laughed aloud recounting the image of these men, babies in their arms, awkwardly greeting their children: “Um, hello baby.”

Cultural change is awkward. It can’t be forced, but it can grow organically. Tostan uses a theory of “organized diffusion”—creating community settings in which people feel comfortable receiving and discussing accurate information about health and human rights. And, of course, it is essential to make sure that the “influencers” of any community—often the men—are engaged both intellectually and emotionally.

“None of us, rich or poor, likes to be told what to do,” says Melching. “That’s why we steer clear of messaging. The truth is that when anyone, men included, get good scientific information and a chance to discuss it with members of their communities, they are very interested in changing.”

Video of a man is trending on the internet,...

The attention-seeking man of God Austin Liabunya has said...

Social media is flooded with pictures of a slay...
FaceofMalawiNEWS