Well, this is an interesting angle on the man who controversially sent off Nani when Manchester United were 2-1 up on aggregate against Real Madrid.

Turkish referee Cuneyt Cakir has a Twitter account. It has not been verified with a blue tick and the official has not Tweeted since late February 2013, but it will likely have the conspiracy theorists working over time.

Cakir only ever sent 164 Tweets and appears to have left the social network on February 28 after he was subjected to insults.

This is likely to be as a result of the game Cakir officiated on February 22, when he sent off BursasporŌĆÖs Maurice Edu against Gaziantepspor.

Of the other 38 accounts Cakir follows on Twitter, the majority are Turkish clubs but he also counts the Spanish tourist board on his list.

If this is a real account, and this is by no means certain, shouldnŌĆÖt having public accounts on social networks be outlawed by UEFA for Champions League referees? 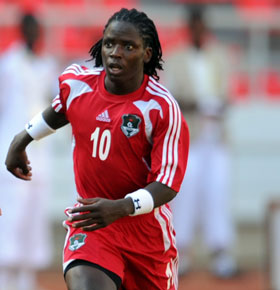