This year’s tobacco marketing selling season has already seen the green leaf earning about US$3 million (about K398 million) in foreign exchange since its opening last week Monday.

Tobacco Control Commission (TCC) has said the US$3 million represents a 154 percentage increase in value as compared to the same time last year.

TCC publicist Juliana Chidumu said this yesterday on the side lines of the opening of the Limbe Auction Floors market.

She said at the same time last year, 1.1 million kilogrammes of tobacco had gone through auction of US$1.2 million.

“The value and volume have all gone up this year and we expect this to continue. Since the market opened last week, 2,428,406 kilogrammes of tobacco have already gone through auction, giving us a percentage change of 106 percent.

The prices are very good which has seen a huge percentage change in value. We expect the trend to continue as better leaf will be coming in,” said Chidumu.

Minister of Agriculture and Food Security Peter Mwanza said in his speech that the main concern currently is the prices that the farmers get on the market.

He said so far the market has been impressive as the prices offered are very good.

“The prices are very good as they have gone higher than the minimum set price. The rejection rate is currently at almost zero as only a few bales have been sent for re-classification unlike last year when the rejection rate was at between 80 and 90 percent during the first week,” said Mwanza.

He said farmers should be able to reap the benefits of their labour.

Mwanza also warned against tobacco smuggling to other countries.

“Government condemns cross border trade on tobacco. If the tobacco is sold outside the country it is not fair as Malawi will be losing in terms of foreign exchange which we badly need,” he said.

MALAWI’s FIRST LADY TO LAUNCH HER TRUST ON 13 SEPTEMBER 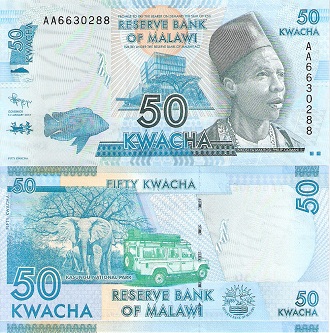