Society of Accountants in Malawi (SOCAM ) has asked government to move with speed to ensure that the kwacha which was devalued some months ago get stabilised.

SOCAM‚Äôs Chairperson of Accounting and Economic Affairs Committee, Andrew Chinoko said this in Blantyre during the t pre-budget consultation meeting the ministry of finance ¬Ýconducted with representatives of the business community in the commercial city of Blantyre that included Socam and the Malawi Confederation of Chambers of Commerce and Industry (MCCCI).

Chinoko said the current unstable kwacha is making a lot of business companies to predict how the kwacha is fairing on the local market.

He said government should ensure that the current floating of the kwacha should not affect business people.

‚ÄúThe rate at which the kwacha is floating is difficult for entrepreneurs to operate their businesses in a good environment.

‚ÄúStabilisation of the kwacha is crucial to every business as such government should move with speed to stabilise it,‚Äù said Chinoko.

Reacting to the development, Minister of Finance, Ken Lipenga said government is aware that a number of people are going through tough times with the devaluation of the local currency.

He said in order to cushion the devaluation; government is taking a number of economic reforms to resolve the economic hardships.

‚ÄúWhen President Dr Joyce Banda was taking over the government, there were a lot of challenges including scarcity of forex and shortage of fuel and public expectations were high that all these challenges would be sorted out overnight.

‚ÄúHowever, reforms do take time. There is need for policy coherence to achieve the intended objectives and all these do take time.

‚ÄúRemember to sort out all challenges, the president chose to take the desired path which is to improve efficiency and effectiveness of the government business,‚Äù said Lipenga.

Lipenga said there is need for Malawians not to lose sight of what the reforms, among others, the 49 percent devaluation of the kwacha and the adoption of a market-determined exchange rate have achieved.

He also reminded Malawians that the devaluation of the kwacha saved jobs of people from different work places.

The Minister said due to shortage of forex and fuel, a lot of companies planned to close their businesses and that due to devaluation, government managed to bring back the forex and fuel.

The Joyce Banda administration devalued the local currency by 49 percent a few months after she took over the reins of power. 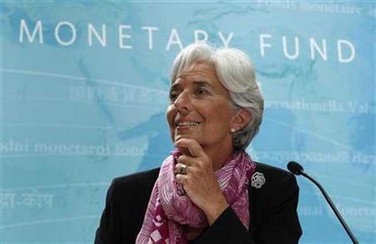