Wellington-based film-maker Michael Hobbs is one of five finalists in a global film challenge called MicroFlicks.

MicroFlicks aims to raise awareness about the impact of microfinance in the developing world through short films and is an initiative of VisionFund, the microfinance arm of World Vision.

125 film-makers from around the world entered the competition using previous work to demonstrate their skill. Hobbs made the top five by unanimous decision.

The finalists will now travel to different countries to make films about microfinance. One film will claim the title Microfinance Film of 2013.

Hobbs will travel to Malawi in southern Africa in May to capture the impact small loans can have on the lives of individuals and their communities. He’ll also meeting children and families who live in World Vision New Zealand communities supported by generous Kiwis.

“What I’m looking forward to the most is seeing a new part of the world and meeting its people and being able tell their story,” says Hobbs.

The four other finalists hail from Australia, Kenya and the United States of America. Each finalist brings a fresh perspective to sharing the story of how microfinance changes lives.

The five finalists’ films will be posted online for public vote in July 2013. The winner will be announced in August and receive a pro-level editing suite.

“I would encourage everyone to get behind Michael and vote for our Kiwi filmmaker to win when the time comes! The story of microfinance is one to be shared over and over again. Michael’s upcoming film is one such way to share this life-changing story,” says World Vision CEO Chris Clarke.

A MicroFlicks blog has been set up to be able to follow the filmmakers on their journeys in April and May. 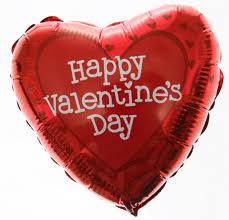 Together for Life organise valentine concert