Right after winning Top Touring Artist at the Billboard Music Awards Sunday night, we caught up with Madonna backstage for a quick chat. The pop icon discussed her upcoming MDNA concert special, new album rumors and her charitable initiatives in Africa and beyond.
Madonna was quick to quiet any notion that she had started work on a new studio album. ‘No, not yet. I just finished editing the DVD of my (‘MDNA’) concert,’ adding jokingly, ‘so I haven’t had any free time.’
Madonna’s editing handiwork will be revealed on June 22, when her MDNA Tour concert special premieres on premium network EPIX. The concert will debut at 8 p.m. EST that night on EPIX’s TV network and online at EpixHD.com and on EPIX apps. A home video release of the tour is due out in fall, possibly in September.
The globe-trekking MDNA Tour was 2012’s highest-grossing trek and the 10th-biggest tour of all time according to Billboard Boxscore. It played 88 shows on four continents to over 2.2 million attendees. The tour supported her 2012 studio album ‘MDNA,’ which debuted at No. 1 on the Billboard 200 chart.
At the Billboard Music Awards, Madonna also spoke about her continued commitment to girls education and outreach in Malawi and beyond.
‘I continue to do my work there,’ she said, noting that her organization had recently finished building 10 schools, ‘which I’m very proud of,’ and that she continues ‘to do work with various orphanages, hospitals, medical trainees, supporting doctors (and) pediatricians.’
She continued, saying how she’s ‘trying to expand’ her efforts ‘beyond Malawi to other parts of the world.’
As part of that charitable expansion, she recently sold a Fernand Leger painting for $7.2 million, the proceeds of which will benefit her Ray of Light Foundation that supports girls’ education projects in the Middle East, South Asia and Africa.
The 1921 painting, titled ‘Trois Femmes a la Table Rouge,’ was sold at a Sotheby’s auction on May 7, exceeding pre-sale expectations. Madonna had owned the work since 1990, when she bought it at Sotheby’s for $3.4 million. 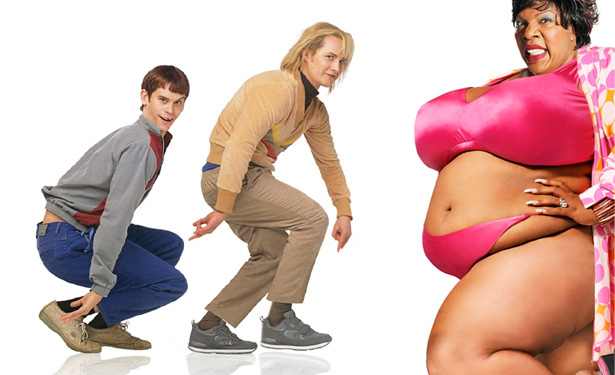 The 50 Worst Comedies of All Time

God bless u Madonna for doing good work to malawi