Rights activist Paul Kasonkomona, 38, returns to court Tuesday after his arrest in April for demanding that homosexuality be decriminalised in a television programme.

Zambia‚Äôs laws have outlawed same-sex relationships since colonialism under Britain, and a sodomy conviction carries a 14-year prison sentence.

Yet these are the first such cases in recent history in the southern African country amid an increasingly anti-gay climate.

‚ÄúThose advocating gay rights should go to hell, that is not an issue we will tolerate,‚Äù Home Affairs minister Edgar Lungu told reporters last month.

‚ÄúThere will be no such discussion on gay rights. That issue is foreign to this country,‚Äù he said.

The government‚Äôs hardline stance enjoys the backing of Christian organisations.

‚ÄúThe government should not even think of allowing such, no matter the pressures from the international community or whoever,‚Äù he added.

Local media have taken up the issue and gay rights have also become a hot topic around ordinary Zambians, though the reasons for the recent crackdown are unclear.

But gay Africans‚Äô plight is not limited to Zambia.

Neighbouring Uganda‚Äôs parliament is considering a bill that will make homosexuality punishable by death.

President Robert Mugabe in Zimbabwe to the south famously branded gays ‚Äúworse than pigs and dogs‚Äù.

Malawi, another neighbouring country, in 2010 jailed a gay couple for 14 years for celebrating their wedding.

Since his death in 2012 Malawi has frozen anti-gay laws under new President Joyce Banda pending a parliamentary debate.

South Africa is the only African country where gay marriage is legal, but the right seems to be a preserve of the rich.

Homosexuals have been murdered in its impoverished townships.

‚ÄúFrom what is happening, it‚Äôs clear that we are an intolerant nation to individuals with different sexual orientation,‚Äù said Ntewewe, who heads the organisation Young African Leaders Initiative (YALI).

‚ÄúThe rights of every individual should be respected irrespective of colour, religion, tribe or sexual orientation,‚Äù he added.

Kasonkomona‚Äôs arrest raised the ire of rights groups who call for his immediate release. He has pleaded not guilty to soliciting for immoral purposes.

The suspected gay couple are back in the dock on Wednesday. They were granted bail after an initial arrest, but detained a second time days later following accusations they had had intercourse again.

They have pleaded not guilty to having ‚Äúcarnal knowledge against the order of nature‚Äù, and plan to challenge the constitutionality of their case when they appear in court in Kapiri Mposhi, 210 kilometres (130 miles) north of the capital Lusaka.

Human rights activist Josab Changa said locking away pro-gay activists or those involved in same-sex relationships was ‚Äúinfringement‚Äù on their rights.

‚ÄúHuman rights should be respected irrespective of the perceived evil that somebody may do,‚Äù said Changa.

Man Dies after Being Forced to Drink Poison 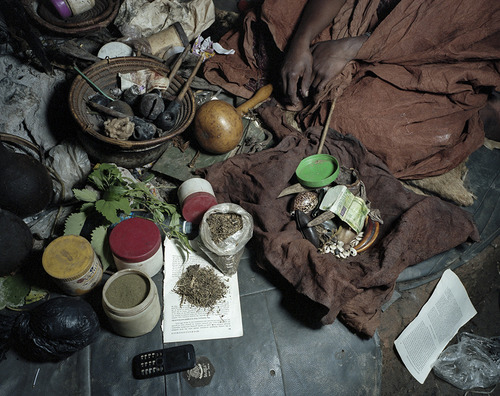