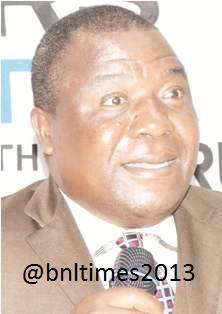 Teachers interviewed in Lilongwe on Monday say they are unhappy that government will only promote 5,000 teachers as they had hoped the figure would be 11,000 as had been announced by President Joyce Banda when this first arose.

At Chilambula and Chimutu Primary schools, for example, there was outrage among teachers that some long serving teachers have been skipped while new recruits are among those promoted.

The teachers called upon the fraternity to demonstrate in show of anger but the Teachers Association says “not now”.

General Secretary for the Teachers’ Union of Malawi (Tum) Dennis Kalekeni on Monday said the fraternity was “enraged” and “disappointed” as the figure is too small after President Joyce Banda announced it would 11 000 teachers.

“Government had no plan to promote teachers in 2013. They told us there are no vacancies to fill and it took our initiative to engage the Head of State. The agreement was that before June, 11 000 teachers would be promoted,” said Kalekeni quickly noting “but strike is only a last resort”.

Chief among grievances of several teachers, was the failure to promote several long serving teachers who are currently on PT4—the lowest grade in the teaching service.

However, at an impromptu Press Briefing on Sunday, Minister of Education, Eunice Kazembe called for patience from the teachers, saying more promotions will be announced in the next financial year.

“Selection of successful candidates in the first place was based purely on merit. The ministry intends to release a second phase of the results of the interviews.

“Apart from merit, selection of successful candidates in the second phase will prioritize teachers who have served for a long time. The results will be released as soon as all appropriate processes have been finalized,” said Kazembe.

As we went to press, TUM was expected to hold a press briefing Monday evening where the body was expected to address several issues surrounding promotion of teachers. – By Golden Matonga