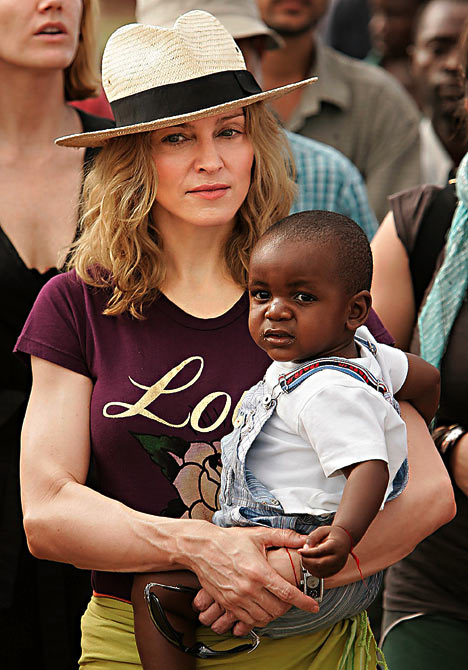 The Joyce Banda government was criticized when it refused to give music diva, Madonna, the VIP treatment she craved for when she visited Malawi earlier this year. However, as revelations indicate, the JB government couldn’t have been wrong in totality especially in view of the fact that Madonna might be riding on the Malawi tag to make money for her label. Details below:

Madonna’s Raising Malawi, her questionable charity that was an off shoot of the Kabbalah Centre cult, is still around. Their 2012 federal tax filing has just surfaced. It turns out that Madonna paid consultants around $500,000 in fees to give away $1 million to the people of Malawi.

What did they give to Malawi? The total comes to $1,064,287 in grants. These grants are not broken down specifically so there’s no way of knowing where they went except to “Sub Saharan Africa.”

Raising Malawi went through a big scandal in 2011 when it was discovered that millions of dollars were missing. Investigations proved very little except that no one knew what had happened and that Malawi — from which Madonna had adopted two children– hadn’t received money and projects that were promised.

Malawi is still waiting for the leadership academy Madonna promised them. She cleared people out of their homes to build the school, then abandoned the project.

Forbes magazine recently listed Madonna as the top earning celebrity of 2013 with $125 million made in the last year. Her recent tour grossed over $300 million. Even though her album was a dud, the Material Mom made money than ever in 2012-13.