According to the information in our custody, Dzonzi already submitted his resignation letter some months back at the emerging of the Cashgate scandal but the President refused him as it would have been a major blow to her with the times she was going through.

Instead, the President appointed Bophani as a deputy Inspector General yet it turned out that Bophani took over the police service and instead of the IG appearing as the face of the police, it was Bophani.

Meanwhile, we have established that the Police IG will be allowed to resign come next month and in his place the de facto IG will come in.

A man of the Bible, sources claim that Dzonzi was finding it hard to operate within the police space especially in the face of the cashgate scandal which saw some people being shielded from the arm of the police and others falsely accused. 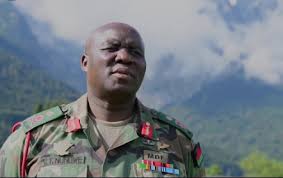 Dzonzi will be a hero when time comes. What Joyce Banda must know is that God will not allow evil to prevail. This is her downfall.