The State House, renamed to Kamuzu Palace, in Lilongwe last night was a sight of ugly scenes when Peoples’ Party (PP) executive members fought over the issue of President Joyce Banda’s running mate in the May tripartite elections.

According to sources, delegates to the meeting that had been tasked to come up with a name of a person who will pair with Joyce Banda in the elections failed to do their job and instead the meeting descended into chaos with name calling and near fists being used at the end of it all.

President Banda’s choice of running mate appeared to have been a long term put to a rest issue when he settled for Khumbo Kachali as her deputy at the death of Mutharika and her ascension to power. However, it was the mistakes that Kachali made when Vice President that threw her out of favour with the party hierarchy and people started positioning themselves for the post of running mate.

According to the reports, for fear of breaking the party, Banda had mandated the executive of the party to choose a running mate for her and it had been at that meeting that the chaos ensued as the delegates failed to reach a proper consensus on who is to partner with Banda.

Some of the names that were put forward to partner with Banda include that of the Minister of Information, Evangelist Brown Mpinganjira, Minister of Good Governance, Chris Daza, Minister of transport, Sidik Mia, while others wanted to maintain the status quo of having Banda and Kachali on the ballot claiming that Malawians have forgotten the Mponela bed-scandal and the rude remarks of the Veep as well as the purported links he has to the Cash-gate scandal and would, therefore, vote for him.

It is not known whether the party will meet again to settle the Vice Presidency question or it will be left to Banda to make a personal decision. 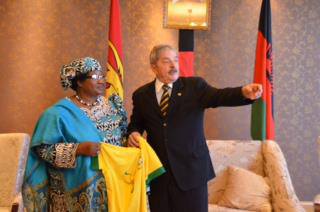 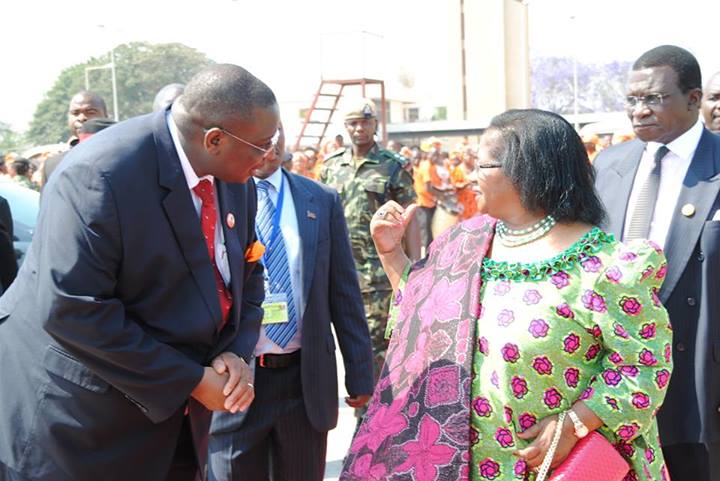 That’s a smart way of loonkig at the world.