Two employees of Standard Bank have been dragged to court on suspicion that they stole K5.6 million.

According to court records, Leah Banda and Angela Chipofya stole the money at Standard Bank – Kanengo branch in Lilongwe on March 8 last year.

The case has been adjourned to April 22 due to illness of a key witness.

Records at Lilongwe Magistrate Court indicate that Angela and Leah Chipofya were asked to withdraw K22.5 million in order to make salaries for members of staff at the branch on March 6 2013.

Instead the two ladies are said to have withdrawn K28.1 million from the chub where the money was kept and pocketed K5.6 million.

When a customer came to the bank to deposit to K5.7 million in his bank account, the two are said to have taken that amount to cover the alleged theft.

However, in court Ms Banda and Ms Chipofya said they realized that they had wrongly counted the money deposited by the customer and attempted to reverse the data they had recorded.

They claimed the reversal went wrong and disturbed the whole computer system at the Lilongwe Standard Bank Headquarters.

But state witness Mr Supply Mwale disputes the evidence by the two women, saying it was a move to cover the amount they stole.

The case has been adjourned to April 22 after Mwale failed to appear in court for cross examination over the weekend due to illness. 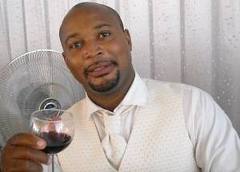