The mighty have fallen. The race is over for them.

Unofficial results of the chaotic tripartite elections that Malawi has witnessed and is witnessing have indicated that heavyweights in the Peoples’ Party (PP) have fallen.

According to the results running mate to President Joyce Banda in the elections whose chances of becoming the country’s next Vice President are fading faster as well, Sosten Gwengwe has fallen in the Parliamentary race. Gwengwe who had gone to Parliament on a Malawi Congress Party (MCP) ticket in 2009 before switching to the Democratic Progressive Party (DPP) and later to the PP has suffered a humiliating defeat that has seen him trailing the winner with a difference of nearly 7,000 votes.

So far, Uladi Mussa is the only powerful member of the PP politburo who has made it into the next Parliament. 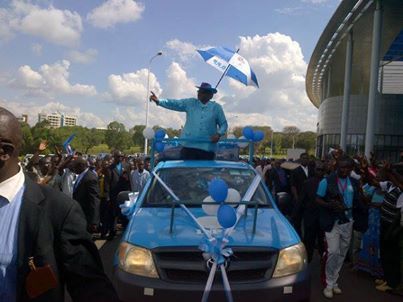