The Malawi Congress Party Dr. Lazarous Chakwera, has appealed to all Malawians for maintained peace and patience as the country impatiently waits for MEC to make an official announcement of electoral results.

Chakwera, who is performing badly in the southern region but sweeping resoundingly in the centre, made the remarks during an organized press briefing held at the party‚Äôs Headquarters in the capital.

The MCP president, who was franked by his running mate Richard Msowoya and other party officials, said his party respects MEC‚Äôs statement that was announced by its Chairman Maxon Mbendera on the announcement of results. Reacting to the public frustration, Mbendera said the commission might only be in a position to estimate the possible day of wrap up by Saturday.

He further said the commission is mandated, by the country‚Äôs electoral laws, to release results within 8 days after the voting has occurred.

‚ÄúWhat happened in this election is unique. We can‚Äôt have a situation where everyone is 100 per cent satisfied with the outcome of these elections. We are aware of challenges MEC is facing. But we ask MEC to ensure that major factors which will define these elections to be free and fair are met before the results are announced‚Äù, the MCP candidate said.

‚ÄúMCP will wait on MEC before commenting on concerns raised by other parties‚Äù he added.

The running mate Msowoya added that as a party, MCP is interested in authenticity of results rather than focusing on unfounded allegations by other parties.

Msowoya‚Äôs remarks were apparently coming in the backdrop of PP‚Äôs allegations in which it is accusing the DPP of electoral fraud saying the latter has hacked MEC‚Äôs servers the way the Integrated Financial Management Systems (Ifmis) was hacked.

But, Mbendera has since dismissed the PP‚Äôs allegations saying the commission system is intact and has not been hacked by anyone. He however, admitted hiccups as having rocked the system, but said the situation is under control. Mbendera further said the commission stands surprised that rigging allegations are only being forged by Peoples Party officials.

SWORN-IN CEREMONY FOR NEW MPS TO BE HELD ON MONDAY 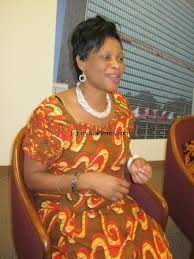 FIRST DEPUTY SPEAKER DISSATISFIED WITH NUMBER OF WOMEN IN PARLIAMENT 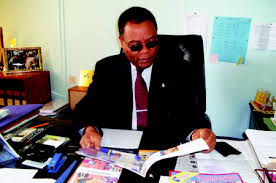