This is the fourth consecutive defeat for the Nomads who are having a single point from 8 games this season and occupy bottom position.

Bullets FC started the game on high note as they were quick on the ball throughout the first half while their counterpart were seen chasing shadows all round.

No wonder Bullets got a goal in the 17th minute of the first┬Ā half through Jimmy Zakazaka from a free-kick and the first half end in 1-0 in favour of the People’s team.

In the second half, Wanderers looked a changed side as they overpowered Bullets who started to defend their slender lead.

But Wanderers effort to look for an equalizer proved futile as the striking force which comprises of Victor Mpinganjira and Diverson Chilemba failed to unlock the defence of Bullets.

Bullets reorganized in the last five minutes of the second half and scored a second goal through Tizgowere Kumwenda.

After the game Wanderers Coach Gerald Phiri said this: ŌĆ£We played well but we have problems in scoring. This is the area we need to sit down with the executive committee to see what we can do in the second round,ŌĆØ Phiri said.

On his part, Bullets assistant coach Mabvuto Lungu thanked his boys for the effort to collect maximum three points.

ŌĆ£We started strongly and got the goal early in the first half. We knew that they would come hard on us in the second half so our plan was to catch them on the counterattack which paid dividends with the second goal we scored towards the end of the second half,ŌĆØ Lungu said.

Bullets are now second with 17 points and they will now face Silver Strikes while Wanderers will face Chikhwawa United at Balaka. 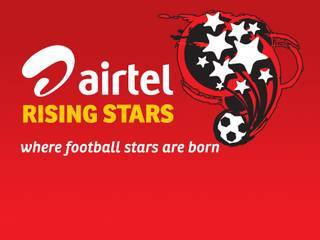