Although Shire River is a major source of water and energy for Malawi, frequent droughts induced by a changing climate forced by increased demand has a negative effect on the water availability and livelihoods.

A concept paper for the Shire River Basin says major hydroelectric projects, which involve the construction of dams on the river, restrict the flow rate and affects the lives of a million downstream herders, sugar and just like fishers.

The paper argues that the main problem is that plans to harness water production, energy generation, irrigation projects and other uses were being developed separately both at the national and regional levels.

‚ÄúWhat this means to some extent is that the authorities were not talking to each other about the river and its ecosystems so that as one they harmonise their operations to the advantage of public and private sectors, the paper reads.

During a key agenda item at the week-long Water Forum in Marseilles, France in 2012, Malawi and other countries also suggested overcoming the problem of how to share water resources through what scientists call ‚Äúthe nexus approach,‚Äù

Bai Mass Tall, the executive secretary of AMCOW (African Minister‚Äôs Council on Water) speaking during the closing function of the 6th World Water Forum in Marseille

The nexus approach seeks to find solutions based on the interconnections between various sectors or disciplines and is regarded along with ‚Äúresilience‚Äù as a term that could revive sustainable water and energy development as per the Millennium Development Goal (MDG) on Environmental Sustainability.

The water-energy nexus here in Africa has worked in Nigeria around the Niger River Delta, where experts harmonised operations after surveys showed that the two were critical for understanding water and energy cycles for efficient and sustainable use of these resources.

One Lilongwe-based water user, Christopher Kamuvwe wonders why despite the inherent connection between the two sectors, energy and water planners routinely make decisions that impact one another without understanding policy complexities of the other sector.

‚ÄúThis miscommunication often hides joint opportunities for conservation to the detriment of budgets, efficiency, the environment and public health, and inhibits both sectors from fully accounting for the financial, environmental or social effects they have on each other and the country‚Äôs economic development,‚Äù complains Kamuvwe.

But if it means drawing lessons to harmonise water and energy, Bondo Villagers, Traditional Authority (T/A) Mabuka Mulanje have become a shining example of the concept with using Lichenya River whose source is Mulanje Mountain flowing 24/7.

MuREA Projects officer Harry Lumbe was quoted in the media last December as saying, Bondo communities are role models in that they have travelled to Mozambique, Zimbabwe and Zambia to share the idea as to how they have linked water and energy operations on their own.

The project pegged at K60 million with funding from the European Union (EU) has its own power generating house. ‚ÄúAlmost 4 000 households, health facilities and business enterprises are connected despite financial setbacks. Community assets such as Kabichi Primary, Malowa CDSS and Bondo Health Centre had power during the first phase,‚Äù he said, adding that water for home use is also not a problem.

While most tea plantations such as Lujeri have their own power and water plants in Mulanje, the Bondo micro-hydro power project is the brainchild of Mulanje Renewable Energy Agency through Mulanje Mountain Conservation Trust (MMCT).

In such an area, thousands of people were not connected to the national power grid by Escom or the Malawi Rural Electrification Programme (Marep), according to the Ministry of Energy.

Bondo is second after Kavuzi in Nkhata Bay started producing power for use by their communities in the late 1990s. Kavuzi shares boundaries between Mzuzu and Nkhata Bay.

‚ÄúLet Escom and water boards be underone ministry if this idea is going to work because they interlink. This will also help have quality water and energy services in every locality where there are river. For example, we can have production points for water and power on Ruo, South Rukuru, Bua, among other rivers,‚Äù observes Kamuvwe.

Problems that communities face vindicate that only eight percent of the country‚Äôs population are connected to the national power grid, a source of power that has become increasingly unreliable due to power blackouts.

Although, government through water and energy sectors backs such initiatives of communities in Bondo and the much touted Shire River Basin, problems of water and power in the country cannot be overemphasized.

For example, prevailing water and power generation hiccups were some of the challenges that forced the Consumers Association of Malawi (Malawi) and other civil and human rights bodies to demonstrate in the streets of Blantyre on July 20. The protests left 20 people dead as they demanded improvement in the leadership style of former president the late Bingu wa Mutharika.

Cama also initiated its own follow up protest in January last year, in which they called on the leadership of President Joyce Banda to intervene. But Banda‚Äôs government claims to have improved the fuel, governance and human rights, energy and water challenges.

However, water and energy stakeholders are expected to have tough sessions this year to borrow a leaf from Bondo villagers during the national conference on water ahead of the World Water Day at the College of Medicine in Blantyre.

Water Services Association of Malawi (Wasama), executive director Benedicto Chakhame says this year the UN with its member States and other relevant stakeholders ‚Äì is collectively bringing its attention to the water-energy nexus.

He says the idea aims to address inequities, especially for the ‚Äòbottom billion‚Äô, who live in slums and impoverished rural areas and survive without access to safe drinking water, adequate sanitation, sufficient food and energy services.

Chakhame states: ‚ÄúIt also aims to facilitate the development of policies and crosscutting frameworks that bridge ministries and sectors, leading the way to energy security and sustainable water use in a green economy.‚Äù

In line with the spirit of harmonising operations between water and energy, this is why as Malawi commemorated the World Water Day clear focus was on Water and Energy, to explore emerging challenges on increased energy demands on water sources sustainability and quality and highlight some of ways to curb the situation.

Chakhame says energy demands in form of bio fuels such as firewood threatens the availability of water resources and water quality due to for instance, continued cutting down of trees [for energy production] along the country‚Äôs major river banks, catchment areas and water sources.

With different studies showing that water sources are slowly dilapidating such that most rivers will be no more by the year 2035, it remains to be seen how Malawi is expected to deal with climate changes, population and energy demands that causes pollution.

This is because in the State of the-Nation Address in 2013, President Banda did not single out how government intends to harmonise the two, water and energy in line with this year‚Äôs World Water Day theme. From her speech, water and energy projects are to be carried out separately.

But Chakhame argues that in order to manage government, water and energy, stakeholders are exploring what ways planners and decision makers need to do that can maximise the supply of one while minimising the over use of the other. 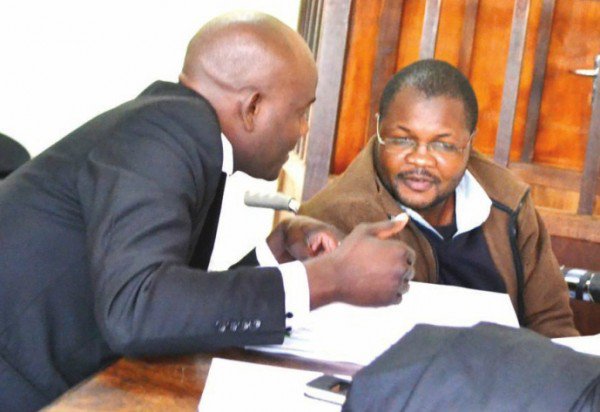 OSWARD LUTEPO TO BE SENTENCED BEFORE CONFISCATION INSTRUCTIONS: JUDGE RULES 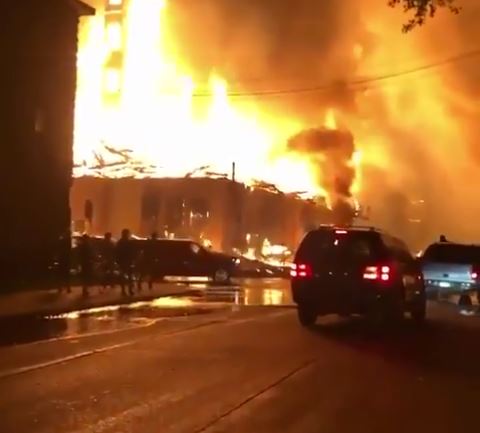