Malawi President Peter Mutharika on Tuesday ruled out the issue of going to war with neighbouring Tanzania over the disputed border over Lake Malawi but insisted the issue of the lake, Africa’s third largest fresh-water lake, is non-negotiable.

“Yes, I did say that the lake is not negotiable, I never said that I was going to go war; I am a very peaceful person, I don’t fight unless someone attacks me,” he told a press conference in the capital, Lilongwe, Tuesday afternoon.

Malawians and Tanzanians living in the two country’s border districts have co-existed peacefully with fishermen and transporters from both countries sharing the lake until the dispute.
But Mutharika, was quoted saying the possibility of war is off the table, insisted the entire lake belongs to Malawi.

“We are not going to go to war but the lake has been ours for 104 years; the law is very clear, I think there is very little room for negotiations on the issue of the lake, but I think we will find a way to settle this out with Tanzania,” he said.

The dispute has been on and off since Tanzania and Malawi became independent from European colonialists in 1963 and 1964 respectively. Malawi’s founding president Hastings Kamuzu Banda reportedly warned his Tanzanian counterpart Mwalimu Julius Nyerere to clear off the lake or risk armed conflict.

Tanzania warned that it will shoot down any exploration plane flying over what it claims to be its part of the lake.

But Malawi backs its claim over the entire lake on what is called the Heligoland Treaty of July 1, 1890, an arrangement between Great Britain and Germany that defined the two colonial powers’ respective spheres of influence in eastern Africa that gave Germany control over Tanzania and Britain over Malawi, including the entire lake.

Meanwhile, Mutharika, 74, disclosed that he met Tanzanian President Jokaya Kikwete on the sidelines of last week’s US-Africa summit in Washington and “I invited him to come and fish at the lake,” he said. 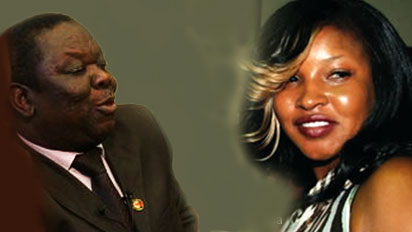