The Malawi National Council of Sports is set to investigate the country’s boxing federation after it was handed a suspension by the International Boxing Association (AIBA) over elections held last January.

The AIBA announced ô that it was suspending the Malawi Boxing Association (MABA) from all activity after it found that serious breaches of its statutes and bylaws took place during MABA elections which saw Henry Sakala elected President.

Sakala replaced Ladda Chimbalanga, who stood down from the role for personal reasons.

During the elections at Sun Village in Liwonde, former vice-president Sakala defeated former MABA secretary general Arthur Nanthuru in the Presidential race by 15 votes to nine

Abdul Nkata was picked as treasurer, while Pyson Likagwa, Shadreck Namalomba, Leonard Tilingamwa and Salome Manyau were also elected as members of the MABA Executive Committee.

But Sakala, and a number of the newly elected officials, have strong links with the Malawi Professional Boxing Control Boardô which goes against AIBA rules relating to officials in national federations having ties to professional boxing. At a meeting of its Executive Committee in Istanbul last month, AIBA decided to provisionally suspend MABA and called for fresh elections to be held.

In a statement released it said: “The provisional suspension takes effect immediately.

“During the period of the provisional suspension, all of the Malawi Boxing Association’s membership rights will be suspended.

“For the avoidance of doubt, no officials, boxers or coaches shall be entitled to participate in any boxing competition at any level.

“This provisional suspension will be running as long as new elections are not organised to AIBA’s entire satisfaction and as per the AIBA Statutes and Bylaws.”

The situation has prompted the Malawi National Council of Sports to launch an investigation with its executive secretary George Jana saying: “We will investigate the matter in reference to the reasons for the suspension as stated by AIBA and will make a decision together with the Association.

“At the moment, I am waiting for a copy of the suspension letter.”

At the Glasgow 2014 Commonwealth Games Malawi had two boxers taking part in competition at the Scottish Exhibition and Conference Centre, ô light welterweight, Steven Thanki and middleweightô Chikondi Makawa, who both failed to medal. 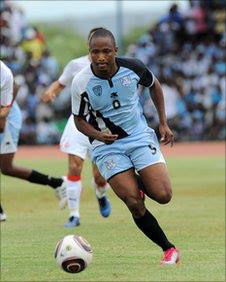